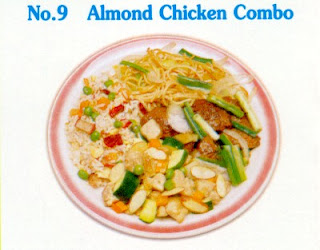 I’ve heard it said many times in recent years and sadly, I have to agree: there just aren’t any really great Chinese restaurants in Coeur d’Alene. There is one in town that I consider to be acceptable, but it only creates a mild twitch on the Richter scale of excitement. Chinese is probably my favorite cuisine, and I’ve spent a lot of time and lunch money exploring the literally endless cache of Chinese joints over in Spokane. I’m pretty sure the Lilac City has more Chinese restaurants per capita than almost any other city - just drive north on Division and you’ll find dozens. Most are better than anything Coeur d’Alene has to offer, so whenever I long for the really good stuff, I head over the state line and pick one of my many favorite spots. With no place in Coeur d’Alene really getting those mouth juices flowing, I’ve just resigned myself to making that familiar jaunt westward whenever I need a fix of the perfect Almond Chicken.

Whenever this dilemma comes up in conversation, someone inevitably mentions the Wah Hing Restaurant in Kellogg. “Oh, you’ve GOT to go and check it out, it’s really good, the best Chinese place in the whole area…” So on a recent blazing hot Friday morning, Q. and I recharged our camera batteries and windexed our sunglasses and headed out for a day in the sunny Silver Valley.

When Noah Kellogg’s donkey went wandering astray on that fateful September morn so very long ago, it’s hard to imagine that he ever thought his little galena mine would one day turn into endless rows of shiny new Dodge trucks. The sprawl of the Dave Smith auto dealership has taken over easily half this small town. It’s a little surreal driving through parts of Kellogg where car lots butt up against more car lots, and just when you think there can’t possibly be more car lots, you go round the bend and run into even more car lots. We headed up the hill toward downtown and had no trouble finding a parking spot right in front of the restaurant. It was still a little early for lunch, so we decided to work up an appetite by exploring the area.

It was a little depressing to see that easily seventy-five percent of the storefronts in downtown Kellogg were sitting vacant and quickly deteriorating. On the brighter side, someone has purchased the old YMCA building and is turning it into “lofts” (read: high-priced condos), so maybe the Richy Rich folks that move in there will snap up some of the empty shops and revitalize the area with their Fruit Smoothies and Shabby Chic. 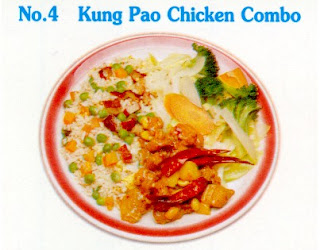 Meanwhile, the shopping scene here is obviously a little on the scant side, but worth mentioning is Papa’s Barn, an antique/vintage/thrift place that goes on forever, taking up three entire large connected buildings and their full basements. We lost an hour in there looking at amazing things like a large collection of Pez dispensers, a complete set of Kiss dolls, and a dusty box of vintage Playboy magazines from the ‘50’s and ‘60’s. They’ve converted one section of the basement where there’s an actual old mine shaft into a makeshift museum. It’s a dank little room with some abused looking mannequins sporting the hottest fashions of 1893 and a full human skeleton wearing a miner’s cap and leering up from a dark alcove. I ended up scoring a perfect copy of “50,000,000 Elvis Fans Can’t Be Wrong” and a disintegrating copy of the Spokesman Review dated October 9, 1951.

We were definitely hungry by the time we shuffled out of Papa’s Barn and out into the blistering sun. When we walked into the Wah Hing, I was hit by the powerful chemical aroma of some cheap cleaning agent. Granted, there are worse things you could smell when you walk into a restaurant, but it took a little getting used to. More importantly, the place was air-conditioned and cool to the max, and the waitress brought water and hot tea immediately. I wouldn’t have thought to order hot tea on such a sizzling day, but I poured a cup and it was so fresh and sweet tasting, it was actually refreshing.

The restaurant was percolating with lunch goers and our girl Terri seemed to be the only waitress on duty. To her credit, she never once slacked or lost her cool. We got the impression she’d been serving food here for many moons, and she fit into the natural scheme of the place just like one of the paper lanterns hanging from the ceiling. Some string-laden Asian pop music crackled out through dusty speakers, mixing with the dramatically punctuated Chinese-language conversation being held by the kitchen staff, lending the Wah Hing an authenticity that seemed oddly out of place in little old Kellogg. A stern-faced older Chinese woman emerged from the kitchen and sat down to relax a while amidst the chaotic lunch rush, and we assumed her to be an owner, sipping tea and eyeballing the proceedings like a hawk.

The menu itself was quite varied with both the usual suspects like Mongolian Chicken, Szechwan Beef, and Kung Pao Shrimp as well as some enticingly unusual items like Golden Crown Bird Nest (a combo of meats and veggies served in a nest of noodles), Westlake Fried Duck, and Dragon and Phoenix Special (includes lobster and chicken, cleverly). Naturally, a selection of American fare is available as well, although I don’t know anyone over the age of ten who goes to a Chinese joint and orders a grilled cheese sandwich. I almost always go for a combination lunch, since it’s the best way to really get an impression of what a Chinese place is all about. Q. and I usually try to order something different so we can taste a wider variety of items, but this time we both picked Combo Number 2 and neither one of us wanted to budge.

I must have looked totally stunned when Terri asked us if we wanted Egg Drop or Hot and Sour soup with our meals. This is a standard option in many regions I’ve visited, but in these parts it’s always Egg Drop only, even in most of the Spokane places I’ve dined in. Tears of joy welled up in my ever-so-jaded eyes as I ordered the Hot and Sour. I told her to start us off with some Fried Won Tons as well, which she brought out with our soup. Hot and Sour soup, if done well, is a miracle substance known to clear sinuses and cause happy brain tingle. Wah Hing’s version was perfection, crispy bamboo shoots and shitake mushrooms mingling gently with stringy pork pieces and white chunks of tofu. It was so good I pondered if maybe I should have just ordered an extra large bowl of the soup and called it a day. I was impressed that they actually put a garnish of shredded greens under the Fried Won-Tons, and thin carrot strips to jazz up the delicately sweet dipping sauce. So many places just throw them on a white plate and serve them with that toxic red goo, but Wah Hing obviously takes care in the presentation of their food, even with such a simple dish. 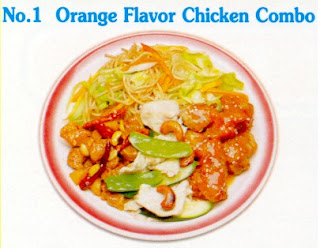 Terri brought out our two Number Twos and after admiring the visual beauty of the cuisine, we dug in. The batter coating the Sweet and Sour Chicken was incredibly light in texture, almost like a Tempura. The glaze was decidedly fresh and made from scratch, simply delicious with hints of sweet orange, making me wonder what that brown glop is that many Chinese places pass off as Sweet and Sour. Fried Rice and Chow Mein seem like they would be difficult to really screw up, but I have had many forkfuls of nastily burnt tasting rice and overly slimy, bland chow mein in my long Chinese-food eating career. Wah Hing avoids these pitfalls and serves fresh, fluffy rice sprinkled with green onions and BBQ pork shreds, and the chow mein is crisp and savory, with a sauce light enough that the noodles remain crunchy throughout. Both of us finished everything on our plates, a rare occurrence indeed. We cracked open our fortune cookies. Mine: “Do something unusual tomorrow.” Q’s: “A pleasant surprise is in store for you.”

People were indeed correct: Wah Hing is a great hidden small-town gem and is well worth the short drive east. We waddled out of there after leaving a twenty dollar bill on the table, astoundingly cheap considering that included both meals, the appetizer, the tea, and a well-deserved fiver for a tip. We decided to vacate Kellogg and spent the rest of the blazing afternoon swimming around in the cool exhilarating waters of the North Fork of the Coeur d’Alene River.
Posted by OrangeTV at 10:34 PM

Have you checked out Pau's Pau's Kitchen in Hayden? They have some room inside but it is mostly take-out. The freshest fried rice and chow mein I have ever had.

Thanks for the tip. A good chinese restaurant is what I need sometimes.
11:26 AM


The Wicked Brian of the West said...

O cripes, I went to Pau Pau with Patrick ages ago. It was, as I recall, ghastly. Miserable service.

Pau Pau Poooey! Worst service ever. I will never give that woman another penny of my money.
7:44 PM

Glad you came over to my neck of the woods to try Wah Hings. In fact, writing your review made me crave it. We may have to get some take out tomorrow!! I'm glad you liked it. Terri is a friend and does a great job, and has been there quite a while. If you ever go again, try the General Tong Chicken. That is one of my favorites!!
10:38 PM

Love the review, but you missed an opportunity....do you remember writing several months ago about running into a granny lady who ran a video rental shop in Kellogg..her name is Rhonda. Well right down the street from Wah Hing is her video store: Box Office Entertainment.

Possibly you could have seen Rhonda again...and seen first hand the emporium where she rents out mainstream movies and other stuff.


Do you know that the above comment was made by my sister?

Wah Hing has opened a restuarant in Rathdrum on Hiwy 41. It is getting RAVE reviews. The food is fresh and appealing to look at. The won tons are the lightest, flakiest, most tender imaginable. Their walnut shrimp is exquisite. The waitresses are adorable and so sweet. Prices are very reasonable. Try the on Ton soup, it's full of mountains of tasty stuff. You will not leave there with any room in your tummy.
AAAA+ Five star cuisine!!!

I sure love Wah Hing. And PauPas's too. There food is the best.