There are more than you'd think, from artists in a variety of genres from somewhat random locations. Let's have a look-see at a few, shall we? 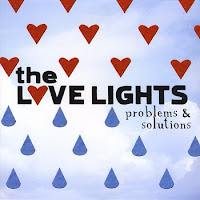 "Problems & Solutions" (1997) was the first CD from Bellingham, WA indie rock outfit The Love Lights. Their song "Coeur d'Alene" is a dramatically artsy bit of jangle-rock which (as far as I can interpret) features the lyric "eighteen fires spread like the Coeur d'Alene/we gotta go 'cause I can't lift your brain anymore". No, it doesn't make sense, but I can still somehow relate to the sentiment (or is that just an acid flashback, I don't know).


To me, the band Creed was one of the most horrid things to have ever cast a shadow of evil on the radio dial. Alter Bridge is made up of 3/4 of that band, with Spokane native Myles Kennedy replacing that other ego-bloated singer dude. It's still not really my cup of tea, but they're positively a delight compared to the cloying bombast of Creed. According to Kennedy's Wikipedia entry, "As a child, he moved to Spokane, Washington, where he grew up on a farm, spending a lot of time in the summer with his family on Lake Coeur d'Alene. So, we don't have to look very deep to find the inspiration for this cut off their 2010 album "Alter Bridge III". I do rather like the lyrics: 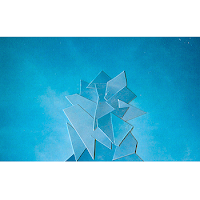 Lewiston, ID's Cassowaries 2009 album "Lake Loops" is a collection of ten lengthy ambient drones all named after Idaho lakes, including Coeur d'Alene, natch. I've always been really big on Brian Eno's classic early ambient records from the '70s ("Music for Airports", "Discreet Music") and Cassowaries was quite obviously inspired by the master himself. I'm not exactly sure what distinguishes each of the instrumental tracks from one another as to relate them to the different lakes, but "Coeur d'Alene" does feel a bit like the sound of your heart and lungs pulsing in your eardrums as you try to hold your breath and swim down to touch the bottom of the lake and almost don't make it back up to the surface. Well, that is if you could actually hold your breath for over nine minutes.


The Head and the Heart are kind of a big deal in Seattle right now, and their song "Coeur d'Alene" seems to be a favorite among their many fans. here's the rub: they never actually say "Coeur d'Alene" anywhere in the lyrics, but they do include the lines "Oh the songs people will sing for home/and the ones that have been gone for too long", which works for me. These guys make catchy, classic pop that won't make you feel like sticking your head in an oven, which is kind of an unusual sound for a Seattle band. If you just can't get enough of these guys, you'll be happy to learn that they'll be dropping by the Empyrean in Spokane on January 15. Here's a clip of them performing the song last month at the Bouquet in Boise. 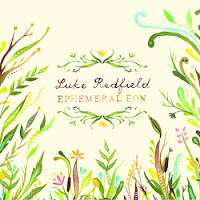 Minneapolis' Luke Redfield found his sweet in sweet Coeur d'Alene. Luke and his band create a rustic form of acoustic indie-pop that borders on country and folk with a minimum of production fuss on their 2010 album Ephemeral Eon. The Minneapolis-St. Paul Star-Tribune did a nice little write up on Mr. Redfield and compared his music to that of indie bigwigs Conor Oburst, mason Jennings and Iron & Wine, so that's no small potatoes, even if we do get most of our potatoes from Washington up here in this part of the state.

there was a country song some years ago called I've Been Everywhere... and in the lyrics it says.... to the Green of Coeur d'Alene.

It was Roll on big mama.

Best quality Bollywood Bollywood 2018.
Today I will introduce everyone to the most loved ring tones. Ringtones are attractive. Unique ringtone. Best ringtone. Here are the most downloaded ringtones lately:

Free ringtones for everyone. Hope my ringtone brings a new look to the world of ringtones and bring joy to everyone, you can also refer to install more genres of music best quality here: https://bestringtonesfree.net/

There was a band in the 60's from CDA.. their album cover was an Arial shot of CDA.. I found it at the library, back when the Library was in that rather large house kitty corner from the post office.