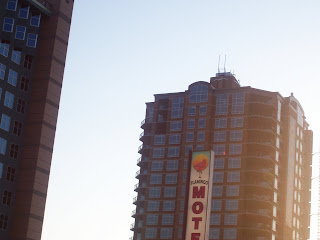 It was the year the economy turned from a fluffy Aebleskiver into a flat crepe, the year of the bouffant hockey mom and her lizards of Satan, and the year of the agonizingly televised celebrity rehab stint. 2008 was so tense, so full of money stress and political mayhem and foolishness, how ever did we make it through? Well, we said “pish posh” to it all and went out to dine, drink and dance our woes away.

Many businesses emerged anew this year and just as many went the way of the K-Mart Cafeteria and ceased to exist. Some of the more memorable new local haunts this year included Baja Bargarita, 315 Martinis & Tapas Bar, Fleur de Sel Bistro, Morgio’s Sandwich Shop, Babak Kebab, the Chicken Basket, and Wagner’s Hofbrau. The “Oh, Finally!” award goes to Thai Bamboo which we weren’t sure would ever actually open after teasing us with an overlong construction time.

We get a little choked up thinking about some of the landmark places that have passed on to the great Yellow Pages in the sky, including Senor Froggy (demolished), China Gate (fire), Taco Johns (general ickiness), and Rogers Ice cream (vacant, for sale). Also on the Restaurant Grim Reaper’s hit list this year were Joey’s S 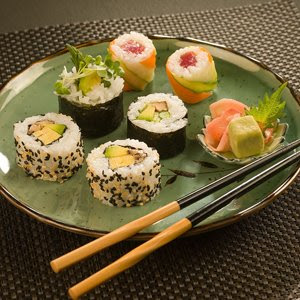 mokin’ BBQ in Riverstone and Scott-Ja-Mama’s BBQ downtown. Hint: if you were considering opening a local BBQ joint, might we suggest Sushi instead.

In fact, the “Overkill Award” for 2008 goes to Sushi, for we couldn’t swing an eel without hitting someplace that serves gorgeous hand rolls of rice, vegetables and fresh fish. Not long ago, Takara was the sole sushi source in North Idaho, but nowadays the scene is thriving with Syringa, Fisherman’s Market, Oishii in Sandpoint, and the darkly mysterious Japan House. Heck, even Super 1 and Fred Meyer now sell passable versions of spicy tuna and dragon rolls.

As far as Chinese food goes, Chinese Gardens wins the “Most Improved Award”. A knockout remodeling job, a freshening up of the menu, and an improved cooking style turned a retro-grunge ‘70’s relic into a high-class destination eatery suitable for blind dates and Amway meetings. 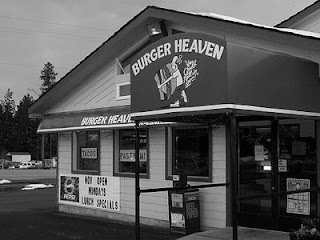 Rathdrum takes our award for “Burger Capital of North Idaho”, a title we’d suggest to town bigwigs that they officially adopt. They could really “ham” it up and proclaim themselves as “Burgerville” and have “Burgerfests”, and build a giant burger-shaped merry-go-round for the city park. After all, not only do they have the amazing Burger Heaven in their ranks, but also the new Longboard-style Double-Double Burger which just opened, joining the other fine eateries in town that also serve burgers. The clincher is Charlie Beckett, the smiling 7-year-old Rathdrum boy who recently took first place in a national Red Robin contest with his “Holy Peno” burger recipe. Rathdrum, make him the adorable mascot on your new “Welcome to Burgerville” signs. 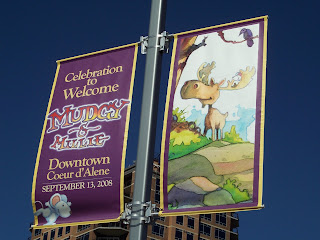 Coeur d’Alene saw the emergence of its own trademark characters in 2008, with the publication of Susan Nipp’s “The Adventures of Mudgy and Millie”, in which the moose-mouse duo trot their merry way from Tubbs Hill and through downtown, ending up at Independence Point. The lavish illustrations by Charles Reasoner and the accompanying series of wonderful public-art statues by Terry Lee make it the shoo-in winner of the “Cutest Local Children’s Book” award. We’d like to suggest a sequel, in which our intrepid duo decide to head the other way down Sherman Avenue for a fun visit with their cousins “Pudgy and Pillie” who live in a, shall we say, less-than-affluent section of town over on the east side.

The local music scene in North Idaho remained healthy in 2008, bolstered by the support of venues like Calypso’s Coffee in Coeur d’Alene and Pend Oreille Winery in Sandpoint, both of whom tie for our “Venue Most Likely to Take a Chance and Book Some Seriously Cool Acts” award. Michelle from C 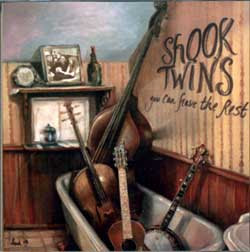 alypso’s poured so much enthusiasm into putting on shows this year, and her invitees covered the spectrum from free-form folk to indie pop to experimental hip-hop. Pend Oreille Winery keeps things mellow, focusing on acoustic folk and jazz, but they’re never afraid to open audience’s ears to new sounds.

One of their most frequently performing acts is The Shook Twins, who we honor with our award for “Best Local CD of 2008” for their album “You Can Have the Rest”. Mellow, golden harmonies from Katelyn and Laurie stretch out across the loose, light funk of the newly expanded full band and the songwriting is original, clever and catchy. It's a light-the-candles-and-incense-and-have-some-red-wine classic.

The “Most Famous North Idaho Band You’ve Never Heard Of Award" goes to Sandpoint’s We As Human, a Christian Metal quartet who’ve had over 280,000 hits on their MySpace page, have toured nationally with corporate sponsorship, and have received airplay on dozens of radio stations, all while not managing to make much of a ripple at home. Our personal “Local Act with the Most Promising Future Award" goes to Coeur d’Alene’s “The Pop Eccentric” who with their gauzy, psychedelic sound have become 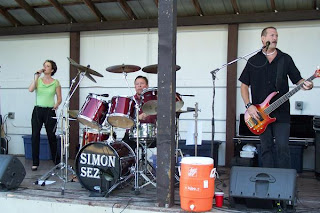 popular in Spokane’s flourishing “New Shoegaze” scene. Naturally, this makes them quite popular in the “Potential Chiropractic Patient” scene as well.

Finally, it was a bit difficult to pick the winner of the “Most Tireless Cover Band Award", for they are as plentiful trout in North Idaho and they can all play that funky music, white boy, night after night. Nominees included Nova, Four on the Floor, Ultraglide, Somebody’s Hero, Well Hung, Borderline, really there are too many to name. However, Simon Sez is the one I see listed week after week, performing precision covers of Fleetwood Mac and No Doubt everywhere from the Shore Lounge, to Chillers, to One Eye’s in Rathdrum, where they’ll be causing spontaneous eruptions of dancing and giving 2008 the final kiss-off this upcoming New Years Eve.
Posted by OrangeTV at 4:41 PM

Hey Patrick, Love your writing style, and your reviews. Wanted to pass this along. My husband and I just had dinner with friends from Billings last night at Fleur de Sel, at the Highlands in Post Falls. They know Laurent and Patrica, they are gracious hosts,and the food is fabulous! We have traveled to France, and it is the real deal! It was all delicious! Best of all, the prices are very reasonable, for the quality of the dishes. Please keep encouraging people to check them out, they will not be disappointed! Thanks! Mia

Hey I think this is a great article! I am wondering how we could add Riverstone to it for next year maybe? Best insane new development??