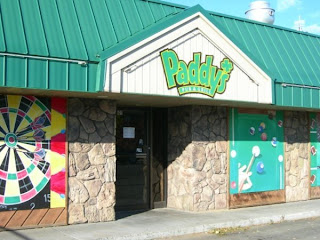 "Why is it trivia? People call it trivia because they know nothing and they are embarrassed about it." ~ Robbie Coltrane

"Name three films starring Cher that have one word titles and all start with the same letter of the alphabet."* The question hovered before us in white letters against a bright green background on the giant projector screen at Tuesday Trivia Night at Paddy's in Coeur d'Alene. Everyone at our table erupted in a chorus of "Oh! I know that one! I know! I know!" Any question involving Cher isn't especially a tough one for the "Mik's Place" team, but we were careful not to blurt out the actual answer, lest a rotten scoundrel on one of the other trivia teams overhear and ruthlessly steal our correct answer.

A friend of mine had been trying to drag me to Paddy's every Tuesday night for a while, and I wasn't especially interested at first. Trivia is fabulous and all, but I hadn't darkened Paddy's door since it was the all-ages Corner Pocket in the mid-80's, and I rarely venture outside of my usual haunt anyway. It cost Jake a couple of shots of Jagermeister, but one Tuesday night about a month ago he caught me in a good mood and I decided to tag along and see what kind of damage we could do to Trivia Night.

I glad he twisted my liver and made me go. Each of the three times I've gone now,  it's been a fantastic experience. Competition between trivia teams can be full-on fierce and vicious, but we've come out on top twice, earning us some beer distributor related swag and a $25 gift certificate that usually manages to cover most of our food and booze cost. Our team, which has changed it's name each week (Mik's Place, Down In Front, Hot Salsa), includes a schoolteacher, a total science nerd, a total music freak and celeb gossip junkie (me), and the guy that just seems to know the answer randomly when nobody else does. It's like the Beatles, the chemistry between us is just somehow magically there. 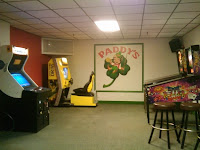 I hadn't realized what an extensive range of activities were on hand at Paddy's - trivia night is really just the tip of the beer tap. Along with a million pool tables, an old school video arcade room, televisions in every corner and even a giant Jenga set, there is a row of probably a dozen dartboards that seem almost arsty in their arrangement and repetition. Dart tournaments happen on Thursdays, and if you manage to not put someone's eyeball out with one of those things, you could win up to $100 cash. Basically, if you decide to get bored at Paddy's, you really might want to consider upping your gas a hair. Or at least consider getting blotto on PBR to make things more entertaining.

I also wasn't aware that Paddy's had such an extensive menu. I guess I just wasn't paying attention, but my brain had always registered the pace as a dive bar with possibly popcorn, hot dogs and previously frozen cardboard pizza, but I was clearly very wrong. Deep fried pub grub is a mainstay, of course, and Paddy's offers some interesting greasy treats that make a perfect accompaniment to binge drinking. Cheese sticks, popcorn chicken, mini corn-dogs, and that classic beer drinker's epicurean staple, Gizzards.

Those looking for a fuller fried meal are in luck as well, with fish and chips, steak strips, and up to a 40-piece (!) bucket of fried chicken available. The most oddball sandwich option on the Paddy's menu is the "Pork Chop John", which takes a "Butte famous pork patty" and tops it with melted Jack cheese, dijon mustard, pickles and tomato on a hoagie roll. They also serve up a classic Club Sandwich, a grilled cheese, a Philly steak or chicken, and my personal favorite delicious old chestnut, the BLT.

Apparently, I've been clueless about the fact that Paddy's pizza is famous in certain circles for it's homemade crust and highly addictive quality. They offer the standard list of toppings but include the phrase "if we have it for you we will add it, just ask", so it's entirely feasible to put together something like a bacon, chicken gizzard, Philly steak and Butte pork patty pizza, and if that's how you like to punish yourself with intense meat, you're the hero of my duodenum. 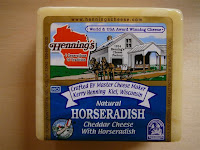 On my first visit to Paddy's trivia night, I decided I wasn't really hungry enough to eat a monster meal, I just needed some nibbly bits to stimulate the part of my brain where I keep all the random info about bad TV movies of the 80's and what not. The team split an order of their "Supreme Nachos", which were piled as high as our chins and included chili, beans, mounds of melted cheese, tomatoes, olives, onions, and both green and red spicy peppers. They were incredibly tasty, and it seemed like it took us all evening to work our way through the giant mound of food on the table in front of us.

Last week, I actually saved my appetite for most of the day so I could go big time and splurge on a Paddy's burger. I'm kind of a believer in the Theory of Bacon Cheeseburgers, which is basically that a Bacon Cheeseburger is really the best test of an establishment's burger prowess, so a Bacon Cheeseburger it was. Here's the kicker: Paddy's offers something I don't ever recall seeing before: Horseradish Cheddar. I was pretty stoked. Horseradish is one of my favorite flavors, and a dive diner could serve Horseradish Buffalo Anus on a Bun and I'd probably give it a whirl.

It only took one round of seven trivia questions for my burger to appear, and indeed, I noticed the extra Horseradish perkiness in my first big bite. Not that it would have been too shabby with just plain cheese anyway. The burger was gigantic, a quarter pound Angus patty topped with lettuce, tomato, fresh bacon, and dill pickle spears. I only noticed the pickles after my first bite and had to pull them out of the situation. I like pickles on their own, but when used as part of other things, to me the flavor overwhelms. Once they were banished, I inhaled the thing - it was one of the most fantastic, satisfying meals in recent memory. 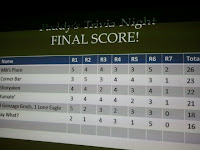 My humongo-burger was served  with such a huge pile of awesome Jojo-style fries that I ended up sharing them with the rest of my team, who still couldn't manage to make them go away over the course of the next six rounds of the game. Paddy's prices are attractively reasonable as well, and despite the conundrum of being the sole person working the floor of crowded sports bar, our server never once skipped a beat.

With a full tummy, a couple of pitchers of beer, and a lot of laughter, Mik's Place managed to answer nearly every question correctly and cruise ahead of the Corner Bar team to win the game by three points. We exited into the night with the smell of victory, alcohol,  and ranch dressing on our breath.