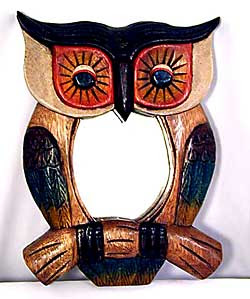 For the most part, owls are strictly nocturnal and actively hunt their prey only under the cover of darkness. A very few owls do exist who are active at dawn or during the day; examples are the Burrowing Owl, the Short-eared Owl, and the Dust-Gathering Owl. The latter have been sighted at the Owl Café in Hayden, roosting daily on display shelves and peering out sagely over hungry breakfast and lunch patrons. There are dozens of them looking down from fusty heights with wide eyes or hanging sternly on ancient wood-paneled walls. Some are brass, some are ceramic, some are wooden; all are from some long-forgotten time when decorative owls were somehow the hottest thing going. Everything about the Owl Café is a definite flashback, from the grungy, retro ambience of the décor, to the un-fancy comfort-food lean of the menu and daily specials, and service that’s friendly enough to make anyone feel like an old-timer even on their first visit.

“Old-timer” is definitely the key word when it comes to describing the clientele of the mighty Owl. On a recent visit to the popular café with Weenis, her 7-year old daughter and their young friend, it seemed that many diners had been frequenting the same naugahyde booths and tables since the glory years of the Roosevelt administration. Even the less mature folks in attendance looked like they’d been eating meals there since before they could even say “Patty Melt”.

Somehow, both of us had gone our entire lives without experiencing the Owl Cafe, and driving by over the years we’d always pictured something dark and cave-like so it was kind of alarming to walk into overhead fluorescent lights casting an ambience similar to the waiting area at the DMV. Oh, our delicate morning eyes! We looked around the busy diner for a dark corner to hide in but such a place didn’t exist, so we grabbed an open booth near the register. Our waitress immediately dropped off cups of ice water with our menus, a simple but essential opener that all too often goes forgotten. Despite her young appearance, she was clearly a veteran waitress and displayed the talents and nuance of a pro.

For example, while we were spacing out into our menus, she came blazing by our table, both arms piled high with steaming plates of food and a face indicating not even vague concern that one little half-stumble or 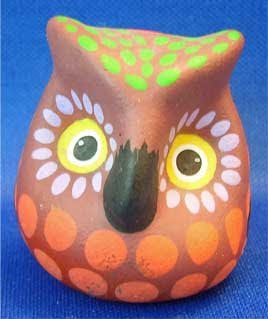 urge to sneeze could turn an entire table’s breakfast into Hurricane Benedict. When she arrived to take our order, we complimented her on her amazing dish-balancing routine. She laughed it off saying “It’s just my job” but she did pull up her sleeve and show us her “battle scars” that had resulted from various hot food injuries over the years.

It was Sunday, so sadly we were unable to validate the chalk-scrawled menu board labeled “Harlan’s Weekly Specials”, a different old-fashioned comfort food for every day of the week. Monday was Navy Bean Soup and Cornbread, Tuesday was Meat Loaf and Mashed Potatoes, Thursday was Pork Chops and Green Beans. We couldn’t believe there was still someplace in existence serving such classic Mom food. The menu itself provides very few surprises, but does offer a variety of standard breakfast and lunch fare. I’d put my money on some standout items: the Chili Dog with fresh onions and cheddar; the Fried Egg Sandwich; the Northern Cod & Chips; the massive Taco Salad.

We all decided that breakfast was still in vogue so I decided to order up a Big Combo with one French toast and one pancake and two scrambled eggs and corned beef hash. The girls excitedly ordered Pigs in Blankets, strawberry crepes and hot cocoa with spray-can whipped cream. While we waited, we delved further into some of the subtle kitsch surrounding us like the window security bars molded cleverly into owl shapes or the massive old-school steel milk machine with a sign reminding us in big red letters that “Milk’s the One!” The two girls and I were getting busy with crayons and coloring books when our meals arrived all in one go on the amazing arms of our waitress.

I was glad Weenis ordered the Chicken Fried Steak since that’s usually how I shake down a new breakfast joint. I got to sneak a few bites and it wasn’t bad at all but it was nowhere near as fantastic as another I’v 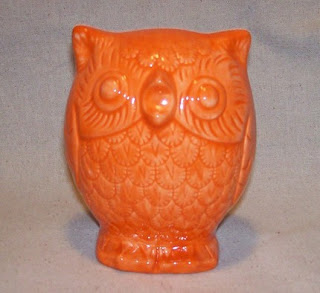 e raved about recently. On the other hand, she thought it was scrumptious. My French toast seemed like it had lived under the heat lamp a while before hitting my plate, but my pancake fared slightly better, large and fluffy as expected. The corned beef hash seemed to be the standard canned variety and perhaps I was expecting something different (home-made perhaps) but after three bites I suddenly remembered that I really don’t like corned beef hash anyway. One of the girls found a mysterious plastic strip in her hash browns, but unlike most kids, she wasn’t freaked out at all as she pulled the foreign object from her mouth and flicked it on the table. She just shrugged an kept on eating as we examined it, finally determining it to be a harmless piece of food packaging and if she wasn’t upset about it, why should we be?

I’ve heard there’s a cult of Owl Café regulars who probably find something magic here amongst the dusty owl bric-a-brac, the cramped booths and the darkly paneled walls. I’m willing to withhold full judgment until I’ve tested several of those rib-sticking lunch specials, but based on one experience, I haven’t got a great deal of excitement to report. The meal itself may have been slightly on the mediocre side, but the service was top notch and the time trip back to fifty-something years ago was an increasingly endangered treat.
Posted by OrangeTV at 12:45 AM

yo! me again. I think the Owl sounds quite promising and of course, if you're going, I'll drop what I am doing and meet you there.

Anyway. Looking for a jeans and sweater place where the beer is really cold. Can't figure it out? Can you help me Orange TV?

Question: Which hole-in-the-wall spot is your favorite in the region?
Posted by DFO | 11 Oct 12:22 AM

The Hoot Owl is a favorite up here in Bonner County. Has been for about 20 years... hard to find a table especially on weekends mornings. Open from 5 to 2 and best of food and big portions. Jeff and Wendy, are the best.
But coming up is the Blue Heron... in Samuels and great food.. from scratch.
Posted by Cis | 11 Oct 10:15 AM

Oh, and if you are heading to Bonners Ferry, then Elmire... is another hole in the wall type place with great food. It is about 16 miles out of Sandpoint.
Posted by Cis | 11 Oct 10:16 AM

Richard Butler and his cronies used to eat at the Owl Cafe, perhaps plotting world domination over a plate of sausage and eggs...
Posted by idaho escapee | 11 Oct 11:22 AM

Where's the restaurant "Blue Plate" in Hayden. Great breakfast place to eat. My husband I eat there every two weeks and love it. It's just down the street from the Owl Cafe.

I have to agree, The Hoot Owl has been feeding my family for 15 years and we take EVERYBODY to the HOOT........

Chris has to be the server the reviewer was describing as she was the reason to go to The Owl Cafe. I used to wait for a table in her area if her section was full because she was that good. I no longer go there since they let her slip through their fingers.