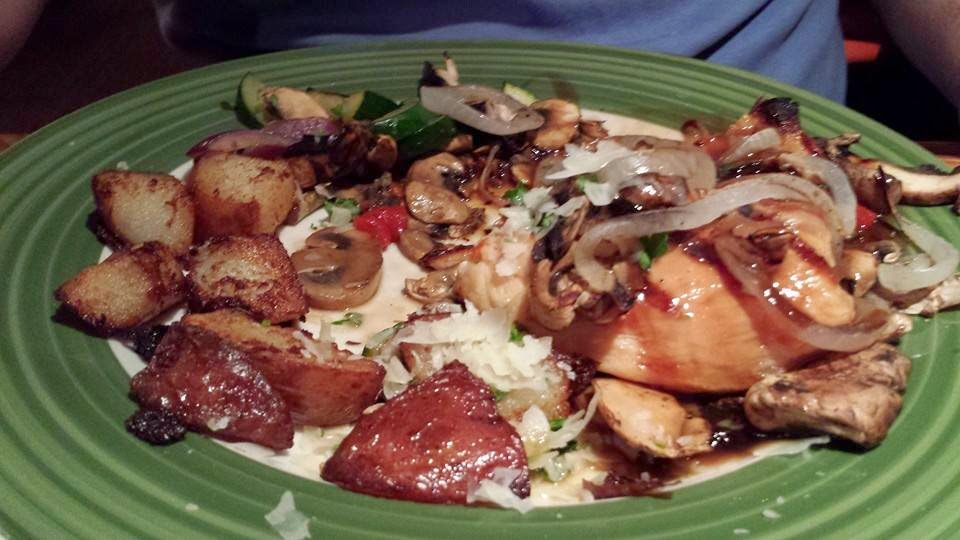 A Facebook friend of mine braved Applebee's this evening and shared this rather shady experience:

My significant other and I went out for a little celebration dinner and it was late so we went to Applebee's. They had a good happy hour price on drinks ($4 jaeger bombs) and the waitress was super real honest about how the food was gonna be.She talked us out of 2 for 20 and recommended the rather bland portobello mushroom chicken thing which my significant other had.

I ordered the pasta and three cheese with chicken thing which she warned "has a lot going on flavor wise". It was like a crazy experiment I would have tried in college. It was mac and cheese with watered down maple syrup poured over it and chicken strips and bacon bits thrown on top. 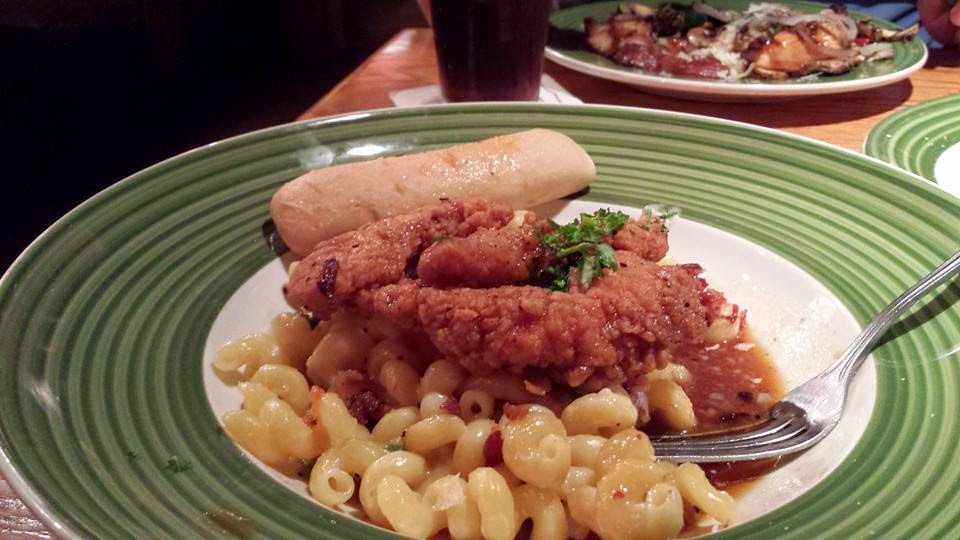 The quesadilla appetizer had just enough cheese to hold the mystery meat filling to the lower tortilla leaving the other tortilla to fend for itself all dry and tasteless. Also it became a joke that none of the silverware was clean at all.

After bringing us several new utensil sets we chose the least soiled ones to eat with and sent back the ones with the largest most recognizable food chunks.

Our waitress said "you have to go to Chili's to get clean silverware". She went on to explain "at least the silverware is sanitary it goes through an extremely hot sanitation process in the dishwasher so the food that's stuck to it is definitely clean." Lol!


Luckily the drink special and cool candid server kept us in a good mood or we would have flipped out.
Posted by Patrick Jacobs at 12:45 AM

My husband and I went to that same location the other evening and the only flavor the shrimp had was the cocktail sauce! It was pretty bad.

My family went there and while waiting to be seated the hostess told us they didn't have any tables big enough to seat our family. (My family is a family of 6 skinny people!) Never will I go back there!


Excellent blog! Do you have any scr888
recommendations for aspiring writers? I'm hoping to start my own blog soon but I'm a little lost on everything. Would you advise starting with a free platform like Wordpress or go for a paid option? There are so many choices out there that I'm totally confused .. Any ideas? Bless you!