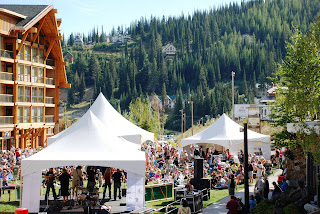 It seems like summer appeared and disappeared faster than a cold pint of ale on a Friday afternoon. We’re already less than a week away from Labor Day, and it’s all downhill after that. Soon trees will decide to dye their lush, green Manic Panic locks a more sensible auburn Lady Clairol but sadly, the over processing will ultimately leave them bald. Beaches will clear of all but the most hardcore sunbathers, ice cream trucks will begin their winter thaw, and a bountiful season of outdoor music will come to an end.

Schweitzer Mountain Ski Resort’s annual Fall Fest offers one more fair-weather opportunity to enjoy a free open-air concert and sample some of the region's most delectable microbrews and wines. Local big-name breweries such as MickDuff’s and Laughing Dog will be joined by several dozen other Northwest beer entities and a handful of vineyards under the tasting tents, where you can sample a bunch of booze and build up your glassware collection at the same time.

Here’s how it works. You purchase your choice of vessel and it comes with several tokens that can be traded for samples at the various vendors’ booths. For example, the beginner’s option, also the least expensive, is a 5 oz. tasting glass and 5 sampling tokens. At the top of the list is a 22 oz. limited edition stein with 3 tokens. You can choose from a variety of mugs, jugs and glasses and additional tokens are available for an extra couple of bucks each. There’s even soda tasting cups for the kids so they can feel included while mom and dad work on their buzz. Also included is an entry ballot for the “People’s Choice” competition, so out of fairness, you’ll have to sample each and every variety before you vote, that is if you can still make it to the ballot box at that point.

If by some miracle you still have some energy left at that point, Schweitzer has some great ways to spend it. A climbing wall, a bungee trampoline, and mountain biking are some of the more strenuous options. Personally, I’d rather take the opportunity to relax and browse the arts and crafts booths looking for leather goods and refrigerator magnets. I’m not actually brave enough to hop the chairlift and ride all the way to the top of the mountain for huckleberry picking, but it sounds like a good idea in theory. There’s also a massive BBQ that’s got to be worth investigating and most importantly, this year’s performers are so great, you’ll want to spend most of your time in front of the stage. 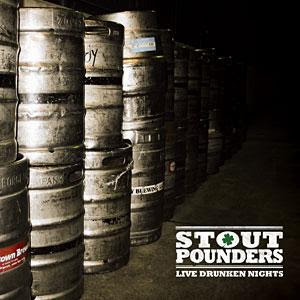 With a name most appropriate to the spirit of the festival, The Stout Pounders are a Celtic-folk quintet whose energetic shows are known to cause outbreaks of dancing and jigging among Guinness-soaked pub audiences in their hometown of Seattle. Their comedic, cartoonish take on traditional Irish and Scottish music almost approaches parody. Certainly any band that lists among their influences The Chieftains, Tenacious D and Iron Maiden promises an entertaining afternoon. Tellingly, their latest self-released CD is titled “Live Drunken Nights” and was recorded “over an extended St. Patrick’s Day holiday.” Pick up a copy when they open Saturday’s line-up at one o’clock.

Spokane’s Milonga take the stage at 3 p.m. with their hot “Pan-Latin” sound that turns even the manly men in the crowd into hip-shaking Shakiras. They blend the traditional dance music styles of Spain and Latin America with modern jazz and hip-hop, bringing to the table, as they describe it, “the whole enchilada, mixing cumbia, merengue, mambo, rumba, reggaeton, bomba, flamenco y cha cha cha in a delicious blend that's straight out of your abuelita's kitchen.” If that suddenly makes you want to head back to the food booths, too bad because the pull of Milonga’s multi-rhythmic trance will keep you stuck on the dancefloor.

Sunday morning brings more Celtic action with a performance by the Albeni Falls Pipes and Drums. Band founder Bill Prater and his massive gang of bagpipers and drummers take a more customary approach to the music of the highlands, seeking to keep the traditions of Celtic culture alive for future generations. Expect to see several dozen hairy men (and a few lovely ladies) in kilts, high boots, and funny little hats creating a proud, thunderous musical din that is likely to stir hearts and make small forest animals scurry down from the mountains. 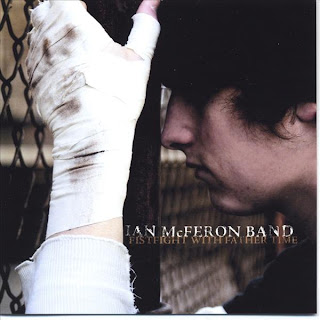 The Ian McFeron Band makes a stop at Fall Fest to perform its jangly brand of folksy Americana Rock at 1 p.m. on Sunday. The Seattle band released its first CD release in 2003 and it was an instant local hit, drawing praise from Seattle Weekly and receiving mega-airplay on the popular alternative rock station the Mountain. McFeron’s songwriting is influenced by such ‘60’s greats as Paul Simon and Bob Dylan, and he includes among his contemporaries Tracy Chapman, Wilco, Ryan Adams and Lady GaGa. Okay, maybe not that last one. The additional touch of Alisa Milner’s woeful fiddle ensures that their sound seductively original.

Finally, wrapping up the festival at 3 p.m. is Adrian Xavier, Seattle’s “Crown Prince of Reggae.” Xavier has a massive Emerald City following and, as he so descriptively puts it on his MySpace, is a “Gypsy Reggae Soul Rock sound wave from the north lands taking the world by storm.” Songs like “Miracle” and “Mother Nature” exude a positive vibe and like all good reggae artists, Xavier speaks to the possibility of love, peace and harmony via social and political change. You might not want to concern yourself with such deep thoughts after a day of sampling beer and eating ribs, so just enjoy the sunset and let the music ease you gently from summer into fall.
Posted by Patrick Jacobs at 8:00 AM