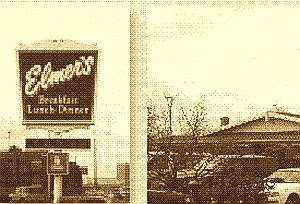 A large portrait of the grimacing, bespectacled Walter Sherman Elmer hangs in the waiting area of the Coeur d’Alene franchise of his namesake restaurant. Mr. Elmer’s eyes glare out from behind thick glasses, his gaze eerily following you as you move around the room. Elmer's original Colonial Pancake & Steak House opened in 1962 in Portland, Oregon, and through franchising has grown to over 30 locations, landing in our fair berg in 2003. Normally, I’m hesitant to write about chain-style eateries, but Elmer’s is an exclusively Northwest success story based on four things, as Mr. Elmer was often quoted as saying: atmosphere, personnel, quality and hard work. The company’s local roots show both in the simple, rustic furnishings and decor, and on the menu, which uses a “Northwest Fresh” theme as its main gimmick.

It must be working, because on a recent Saturday morning Elmer’s was filled with hungry people, the majority of whom were retirees likely on their way to a round of golf or a day out on the boat. After a ten-minute lobby wait, Q. and I were seated and our genial server Alicia arrived to take our drink order. I wanted an iced tea. “Regular or peach?” she asked. “I’m definitely feeling peachy,” I replied. It was 95 degrees out, and my beverage was so sweet, cold and refreshing I wanted to dump it over my head and immediately ask for another. 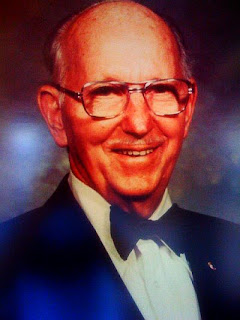 We examined the menu, noticing the clever Northwest twist employed in the naming scheme. For example, there’s the Oregon Trail Flat-Iron Steak, the Mt. Rainier Burger, and Seattle Mama’s Pasta & Meatballs. Elmer’s does have a wide selection of lunch and dinner items, and it was nearly noon, but Q. and I were still in breakfast mode. The Washington State Apple French Toast sounded terrific as did the Idaho Potato and Sausage Skillet. We pondered what kinds of dishes we might name after other local places. Spokane Spam-n-Eggs? An Athol Avocado Omelet? Or maybe Post Falls Potato Pancakes with Smelterville Syrup?

Q. decided to give the “Looking for Sun” omelet a whirl, possibly named in vague tribute to Glacier Park’s famous Going-to-the-Sun road. He wanted a side of toast with his meal, but it was bafflingly absent from the list of side choices. Elmer’s Famous Pancakes, hash browns or fresh fruit are swell ideas, but when a guy wants toast, a guy wants toast, and Q. was becoming quite upset as we frantically searched the menu for any evidence of crispy buttered bread. “Hello? Just ask her if they’ll make you some doggone toast”, I offered curtly, “I mean how hard can it really be?” “Oh no,” he sighed, tragedy and defeat in his voice, “I really don’t want to be a bother, I’ll just have a biscuit. It’s just weird, that’s all...” “You’re weird,” I joked, but in reality Q. had a point. It was slightly odd to see a breakfast menu from which toast has been mysteriously banished.

Q.’s mood had gone pear-shaped after the no toast incident, so to cheer him up I told him one of my favorite toast-related stories. One happy morning when I was ten, I went out to breakfast downtown with my grandparents. At one point, my grandmother reached across the table for some jelly but when she went to slather it on, her toast was gone. “Oh, honestly. Who had the nerve to take my last piece of toast?” Of course, she blamed my grandfather and I, but we proclaimed our innocence, “Look at our plates? Do you see any extra toast, lady?” Still, a piece of toast just doesn’t grow wings and fly away; it had to be somewhere. We looked under the table and on the booth seats and everywhere for the vanishing toast but to no avail. Later, we were walking downtown and I went to grab Grandma’s arm to help her over the curb and across the street. My grip was met with a dry crunch. She was wearing a frizzy Angola sweater and the rebel toast had clung Velcro-like to the underside of her arm as she reached for the jelly. Mystery solved, and we laughed so hard we had to sit for a while in the park and catch our breath. 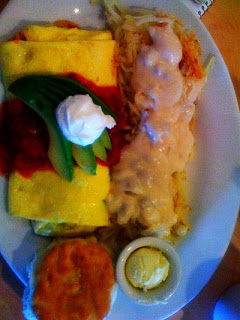 “Funny,” said Q. dryly, not bothering to laugh or even smile as Alicia swooped in with our food. The meal was unobjectionable and genuinely tasty but could have used a smidge more personality. My eggs were Better-N-Eggs, which are decidedly not better. The Chicken Apple Sausage Links were nowhere near as interesting as the name might imply, but were sufficiently enjoyable. Best was the Triple Berry Walla Walla Waffle, smothered in a sweet berry glop and edged with canned whipped topping. It was messy to eat and I spilled purple berries and sauce all down my white tee-shirt, ending up looking like I’d just murdered Cyrus O’Leary for his secret Burst-o-Berry pie recipe.

As we dug in, Q. pointed out that we had never received water, a pet peeve of ours when dining out. Alicia was nowhere to be found so we had to flag down a passing server from another section, who returned with only one glass of water for the both of us to share, apparently. I let Q. have it, since I had plenty of endless Peach iced tea to enjoy. I sampled Q.’s hash browns, which were perfectly made, and the accompanying gravy had a memorable smoky flavor to it. He devoured his potatoes, but refused to even touch his omelet and biscuit, offering no explanation, only “I need a box for this.” He pushed the whole omelet into the box, but left the biscuit to fend for itself on the plate, dismissing it with an evil glare as if to say “You’re not toast, you biscuit you. Now be gone from my life!”

Ultimately, Elmer’s offers a fine, pleasantly plain breakfast experience in a clean and comfortable but generic family atmosphere with average service and food that is satisfying but not incredibly special. Despite these minor gaffes, I think the late great Mr. Elmer would be pleased with what he started, wandering eyeballs and all.

I have read your blog for a long time, but never commented. I also wanted to thank you for the suggestions for used book stores on HBO. My sister and I spent a day in CdA last week and took your recommendations for dining and yours and others for used books. You can read my post here: http://gatheringaroundthetable.blogspot.com/2008/08/orange-tv-huckleberries-online-used.html . Thanks so much. I guess I better to Elmer's also.

Question: Which chain restaurant in the region is your favorite?
Posted by DFO | 23 Aug 12:10 AM

Wow, clicked on this post right away to offer my two bits and see Jimmymac beat me to it. Red Robin is tops. What I like most is that the staff is exceptionally well-trained, which makes for a great dining experience. Oh, the the food rocks. As for non-chain restaurants ... Michael D's takes the cake.
Posted by Keith Erickson | 23 Aug 9:01 AM

My family's fave is Schlotzsky's. Best sandwich in town.

It may be a chain, but the owner is a local guy who works a full day right along with his crew.
Posted by Family Phil | 23 Aug 9:21 AM

Elmer's is blahblah. Jimmymac you sure you dont mean Rockin Robin on Gov't way south of Home Depot? Hey OrangeTV any review's on the food vans parked along Govt Way just south of Neider?
Posted by coeurgenx | 25 Aug 8:51 AM