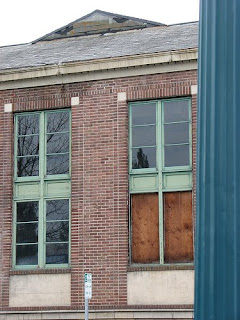 1. Old Elks Building, 5th & Lakeside
Hasn’t everyone harbored a secret fantasy about turning this classic but crumbling old downtown building into something fabulous? Some kind of hot nightclub, for sure. Perhaps an art space of some type with a jazz lounge and a tapas bar. Maybe even a classy antique mall. Why oh why has it sat empty for so many years? Probably because it’d take a mighty wide lump of cash to bring it into modern times.

2. Lot between Dairy Queen and Baskin-Robbins/Radio Shack
I vaguely recall a gas station on this weedy plot of rubble, maybe disappearing in the late 80’s or so. Since it’s been nothing but a mysterious eyesore in an otherwise thriving stretch fast food and discount stores. Whoever owns it must be holding out for a really big name to make an offer – would a Trader Joes be too much to ask for?

3. Former Senor Froggy’s Lot, 7th & Sherman
I heard someone bought this tiny corner and plans to build a seven-story office building where our most beloved and dearly missed fast Mexican place one sat. I say right on. Question is: will the basement of the new building be haunted as well?

4. Former Mill Site near NIC
Can’t wait to see the development of the so-called “education corridor” here, despite all the pointless controversy. Naysayers are mad because plans include some retail, but so what? College kids like to shop and so do I. Driving by the other day, I was stunned by the cement plateau that exists there now with all the mill equipment gone.

5. Lot at east end of Ironwood Ave, where street ends.
It kinda drives me nuts that Ironwood doesn’t go all the way through to 4th street, and this inexplicably empty field of dead weeds is the only thing preventing it from happening. I’d like to imagine that some stubborn old coot owns spots of land like this and the only way the deed will pass to the city is through his cold, dead hands. 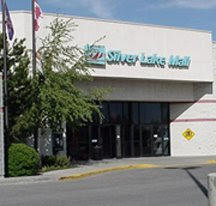 6. Silver Lake Mall
Last time I meandered my broke-ass though this always-tragic excuse for a shopping center, there were more vacant storefronts than occupied ones. If you go early enough you can catch the old ladies walking their rounds through the grand emptiness. Mall owners need to seriously pump up the excitement level, add a few floors to it, extend it, bring it into modern times, turn it into a real mall like Northtown. Or just put it out of it’s misery, tear it down and build another Wally World.

7. Empty stores on 2nd & Indiana near Lakers Tavern
Monster Muscle. Club Pendulum. 2nd Street Deli. These and others have come and gone from this ex-antique store that was converted to three smaller spaces that seem to be cursed. The Lakers sure isn’t going anywhere, and it seems like the right kind of businesses would really do well next door to the vintage hipster-haunt. Vinyl-only record shop? Funky thrift store? Trendy ethnic restaurant? 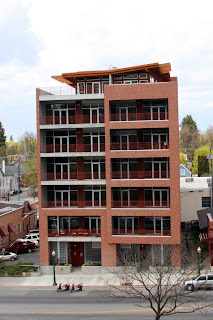 8. The Lofts at 609 Sherman.
Rumor has it they’ve sold like one of these so-spendy downtown condos in an ugly six-floor brick building. Supposedly the sides have no windows or other features in case someday they build similar monstrosities directly next door. Honestly though,I wouldn’t be complaining if I found myself living in one, the views look gorgeous both inside and out. Check out the photos here.

9. “Hobo Alley” between NW Blvd & Railroad tracks
Mean old CDA Blue recently kicked all the homeless folks out of this little “city within a city” that thrives each summer in the dense brush and under the US95 bridge. Now that the proposed education corridor is looming, I imagine the city wanted to put an end to the camping fun that those darn homeless like so much to do there. Why not take a hint and put a nice, warm building there with some cots and a bathroom and a soda pop machine and use it as a way for social students to study the ins and outs of homelessness?

10. Rathdrum Prairie
From the onset, Coeur d'Alene has been sprawling ever north-westwardly, encroaching on what was for centuries nothing but miles and miles of farmland. Now identikit housing developments cover much of the northern flatlands, and eventually the suburbs will stretch out so far that Cd'A/PF/Rathdrum will just be one big blotch of stuff. If it still kinda seems like there's a lot of space left up there, just think back to what Ramsey and Atlas roads were like twenty, ten, even five years ago. Personally, it doesn't bother me too much, it's when they threaten to develop the lush, foresty places that I start to bristle. Meanwhile, more mini-malls please!
Posted by OrangeTV at 2:28 PM

I vote for Trader Joes also. I hate that eyesore place. I borrowed your Brunswick Cafe photo from Remember the Roxy for my post last night. I linked the picture to the blog. Just seeing the pictures of that cafe brought back great memories.

oh... and I love your new layout. The combination of colors and photos look great.

Sherman Lofts is hideous. It looks like a white collar jail. What an eyesore!
Posted by big d | 17 Oct 7:37 PM