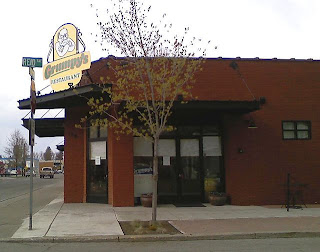 It was kind of like the good old days, at least closer than I’d thought I’d ever get again. When my mother asked me a few weeks ago where I’d like her and my stepdad to take me for my birthday dinner, I absolutely had to go with Grumpy’s, a new restaurant located in midtown Coeur d’Alene. It was the perfect choice not only because birthdays do tend to make me grumpy, but also because long ago, every family birthday and special occasion meant getting together for a meal and celebratory drink or two (or five) at Henry’s, a now-defunct eatery once owned by Grumpy’s co-owner Joe Chapman.

It’s been close to ten years since Henry’s sautéed it’s last buttery prawn and poured that last double shot of bourbon, neat. I’m not overdramatizing much when I say that its closure effectively ended an era, displacing a tight-knit family of very regular regulars, the “Old Henry’s Gang” as we now say.

Chapman and my mother had been pals since high school and when I turned 15 and was deemed ready for my first real job, she had him put me to work at Henry’s. I made my big entry into the working world with a stint as a Cleanliness Facilitator of Culinary Implements, otherwise known as a dishwasher. I don’t think I’ve ever worked harder in my life as I did back then on a buy weekend night, when the waitresses’ shriek of “Silverware!” never seemed to cease no matter how many loads of forks and spoons I’d send flying through that steamy beast of a machine. 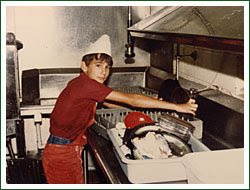 My Henry’s career didn’t last that long before I realized that sweaty kitchen work wasn’t my forte and found employment at a record shop instead. Still, it remained a go-to place to eat at least once a week, and became a regular neighborhood night-spot, dimly-lit and frequented by a boisterously entertaining crowd of local movers and shakers. It was truly a great place to watch local politicos and business bigwigs get completely blotto and cause uproar. The scene could get rowdy, but like Las Vegas, what happened at Henry’s stayed at Henry’s. No one cared; it was all in good fun.

It’s fun to see some of the old Henry’s décor make a re-appearance at Grumpy’s, as well as certain favorite menu items. However, along with the lack of a full bar and lounge area, the new place is missing certain irreplaceable elements that were vital to making Henry’s what it was, certain people. Stacy the waiter and Hap the bartender have since run off to that great walk-in cooler in the sky and sometimes it still feels like they’ll be right back out with a chilled bowl of cherries. Certainly, they’ll not soon be forgotten. In fact, I ran into another old Henry’s regular recently who was convinced that the frowny-face logo on the new Grumpy’s sign must be a tribute to Hap’s endearingly gruff mannerisms.

After Henry’s closed, Chapman began devoting his time to his career as a designer, and set about re-beautifying several historic downtown storefronts. He also completely reformatted a hovel we used to refer to as “the crack Laundromat” into high-end Italian eatery Bambino’s. Bambino’s didn’t quite catch fire so lease owner Dana Musick joined forces with Chapman to open up Grumpy’s in the converted corner building. The duo teamed up with head chef Garad Crawford, who was raised in the Silver Valley and then spent over a dozen years mastering his skills in the finest kitchens of San Francisco.

Thankfully, my mother was smart enough to make reservations that night or we would have been celebrating at Denny’s instead. Saturday evening had every table inside Grumpy’s full and lively, and it’s quite a cozy space to begin with. I found my mom and stepdad‘s faces in the crowd and pulled up to the table. They must have tipped off the waitress, who showed up immediately with a nice frosty pint of Happy Birthday beer. I looked around, immediately recognizing not only the cozy brass fireplace and framed artworks on the wall, but also a few familiar faces, all brought back into action from the old Henry’s.

It was hard to focus on the menu with all the activity in the air. I noticed a few dishes resurrected from the old haunt; the “world-famous” halibut and chips, the teriyaki chicken burger, the seafood pasta alfredo. My mom pointed out that her all-time-favorite Henry’s chicken wagon-wheel pasta salad with honey-mustard dressing was absent, which led me to question the current existence of honey mustard dressing. Was it just a fuzzy memory from the 80’s?

Another old Henry’s specialty causing flashbacks is the Magic Mushroom Burger, which unfortunately does not induce euphoria or hallucinations, but will at least give a hefty dose of burger satisfaction. Even more gargantuan is the Dobson burger, named after local real estate icon Joe Dobson, and served with this disclaimer; “Double meat, double bacon, double cheese and a nap.” A day bed is not provided, and while the grassy yard of the nearby Yates Funeral Home would make a great place to stretch out and catch some post-lunch Z’s, you don’t want to end up mistaken for one of their clients, especially if you’re a heavy sleeper. 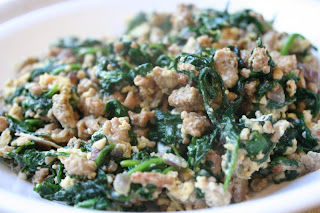 My mom tried to convince me to order along with them and go the juicy steak route. I decided to go for an old favorite I hadn’t seen available anywhere since Henry’s shut its doors. Joe’s Special is a dish that was made popular in the 1960’s at a place called Original Joe’s in San Jose, and is a scramble consisting of eggs, ground sirloin, spinach leaves, mushrooms and onions. The waitress tried to clue me into some kind of special sauce to go with it, but for me its best topped with copious amounts of plain old ketchup. Served with some crusty, buttered bread, it’s one of the most soul-satisfying meals one could have.

A few more birthday brews and some mid-meal chit-chat with people we hadn’t seen in many moons, and suddenly I was stuffed. Initially I refused dessert, since my mom had brought me a plate full of chocolate frosted cupcakes that were already calling my name. However, the waitress wasn’t going to let this birthday boy leave without a treat. There was no arm-twisting involved when she arrived at our table with a dish of crème brulee. All three of us dug in, cracking into the delicate burnt sugar crust with our spoons. We groaned with delight at the rich flavor and creamy, elegant texture of the light custard. With that it was cemented; a new birthday tradition was born.

Grumpy's is open from 11 a.m. to 9 p.m. Monday through Saturday. Dinner reservations are encouraged
Posted by OrangeTV at 12:01 AM

When I went there a couple of weeks ago, the server said they'd taken the wagon-wheel pasta salad off the menu the week before. I was undismayed because the Joe's Special was still available. It seemed just a little less "special" than I remembered until she brought the bottle of that special sauce (actually red wine vinegar.) That made the difference.

Now I have to go back and actually read the menu. I didn't even see the other items you mentioned.

I think that the best way to celebrate a birthday. It is to go to a restaurant. Specially if it bring back good memories or the food taste great.