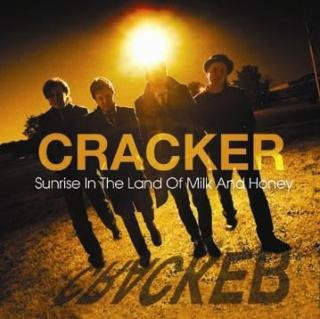 In the dank bronze age of Alt-Rock there was a weird little band called Camper Van Beethoven who put out a series of really cool indie records in the 80's, including Telephone Free Landslide Victory, which featured the MTV video hit "Take the Skinheads Bowling." When that weird psychedelic dream ended, founding member David Lowery entered the musical kitchen with with guitarist Johnny Hickman and baked up Cracker, a much glossier, more commercially inclined venture. Cracker's 1992 self-titled debut put them on the pop radar with "Euro Trash Girl." Their 1993 album Kerosene Hat was a Modern Rock smash and the single "Low" brought them to the radio masses.

After fickle programmers moved away from alternative rock, Cracker began drifting toward folksier, almost country-ish territories, with mixed reactions from both fans and casual listeners. On their latest set, 2009's Sunrise in the Land of Milk & Honey. they turn the circle back to something more reminiscent of their post-punk 80's roots with a much more raw, punchy sound and an edgier, more confrontaional and enjoyably sarcastic lyrical tone.

Critically, it's their most well-received effort in many years, and they'll be playing the Panida Theater in Sandpoint next Monday, July 6 at 8 p.m. as part of a massive national tour to support the record. Get Out was fortunate enough to have Cracker co-founder and God of perfect hair Johnny Hickman answer a bunch of my questionable questions. Cool, I learned we both share a love for Seafood and Dead Can Dance. Let's party.

1. Welcome to North Idaho. Have you ever visited Sandpoint before? What are your impressions and/or preconceived notions about out our little neck of the woods? Will you have time for any lake activities?

JH: I've never been before but it sounds beautiful. Most likely not much time for R+R but from what I hear I should come back when I do have time.

2. From what I understand, the band perfected many of the new songs live before hitting the studio this time around, yet the songs still sound quite spontaneous. How did you manage that?

JH: We always tweak them continually as we go along right up to recording them. Cracker have a reputation as a great live band I'm proud to say. That's where the songs really come together. 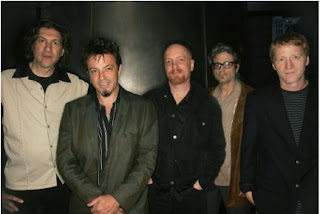 3. Cracker has 17 years worth of diverse music to draw from for material each night. What process does the band go through while putting together the set list? How likely are you to play those obscurities shouted out by the hardcore fans in the audience?

JH: Actually we never use a set list live. We just play what we feel like playing and go with the vibe of the audience each night. It's a lot more satisfying for us that way and our fans really appreciate because many will will come to several shows on a given tour. Of course we always play our best known radio but we also change the show up every night. We have a new album out so of course we are playing several of those songs each night. That changes too.

4. The band sounds organic and refreshed and kind of punky on “Sunrise In The Land Of Milk And Honey.” How did this come about? Was there a conscious effort to return to an edgier sound?

JH: Thank you. No, we didn't really plan it that way, it just happened spontaneously. When we first got together to write for this album both David Lowery and I had a few riffs and ideas that had that early 80s kind of sound which is the kind of music we were listening to when we met just out of our teens. With Frank Funaro (drums) being from The Dictators and Sal Maida (bassist) having played with Roxy Music and Sparks we had the perfect rhythm section for this record. All four of us just hammered the songs together as we went. 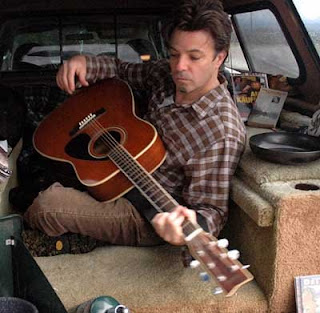 5. Name a few artists who’ve influenced you over the years that no one would probably ever guess and how they influenced your sound or musical outlook.

JH: Randy Newman because like David and or I he's never afraid to say something outrageous or controversial in a song if it fits the character of the song's persona. As David puts it "You create a character and let them speak in their own voice".

6. How did the video for “Yalla Yalla” come about? Are the song and video trying to make a statement about life during wartime or is it just some soldiers goofing off with cameras?

JH: All of the above, although less a statement than an observation perhaps. I had the guitar riff which later became the chorus melody and David picked up bits of current military slang from talking to soldiers at the Atlanta airport and let them tell their story really. There is an undeniably dark humor to the song and video. The silliness of the soldiers is their way of coping with having to deal with the almost surreal, dangerous situations they are in every day I suppose. The sexual innuendoes / limericks at the end of the song is us imagining what these guys in their twenties would be saying to keep their bravado up.

7. Has your current bassist Sal Maida coughed up any amazingly decadent stories about playing in Roxy Music at the height of the Glam Rock era? Do tell…

JH: Hey man, Sal is about six foot six and Sicilian. I'm not gonna rat THAT guy out. I'm sure he's got amazing stories though....wink wink. 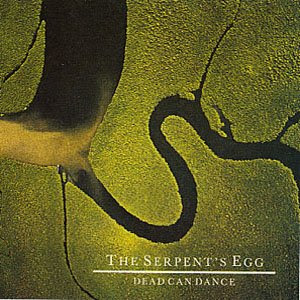 JH: 1) Dead Can Dance, The Serpent's Egg because it relaxes and disturbs me at the same time. I need that diversion on tour.
2) Rolling Stones, Beggars Banquet because after making a very electric, slamming punkish album I am needing the nasty, acoustic blues thing. One of my all time favorite albums.
3) Fleet Foxes. For the same reason and it's a stunning record all the way through.
4) Ike Reilly, Junkie Faithful. An insanely great album by one of the least appreciated songwriters of this decade.
5) Palmhenge, Johnny Hickman. Not to dig my self but just listening and thinking about the next solo CD I am currently writing. Sussing what feels right as I write new songs.

9. We do a lot of food reviews on our blog. What’s your favorite place to eat when you’re home between tours? What are a couple of do-not-miss places to eat you’ve discovered in the Northwest while touring over the years?

JH: At home in Fort Collins Colorado there is a place called "Plank". Great and always changing menu. Seafood is by far my favorite and of course the Northwest is the best for that. No particular place but I always ask the locals.

10. If you were an ice cream flavor, what would you be and why?

JH: Chocolate with more chocolate and chocolate syrup. Can't get enough of the stuff. I'm a chocolate addict.

11. Someone offers to buy you a drink. What do you order?

JH: For years I would have said bourbon, Maker's Mark or Knob Creek. However, starting with the making of "Sunrise In The Land Of Milk And Honey" it's been gin and tonic, preferably with Bombay Sapphire. My new mob nickname is Johnny G+Ts.
Posted by Patrick Jacobs at 12:48 PM