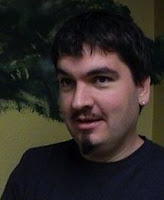 On his Facebook page, Mark Rakes lists his occupation as "Common Sense Officer". I have no idea what that means either, but whatever it is is secondary to me next to the fact that Mark is a super rock star bass guitar player for Coeur d'Alene's finest progressive/alternative rock act KITE (tm). Yes, I think the (tm) is actually part of their name, how cool is that? Apparently, the band has been working on the follow up to 2006's "Sleeping in Thunder", but KITE (tm) are not exactly known for rushing these things. Hopefully it will see the light of day in 2010, just in time for the Coeur d'Alene High class of 1990 20-year reunion, which Mark and I will (possibly) both be attending. He was super enough recently to take the time to fill us in on what puts the groovy distortion in his effects pedal.

1. Favorite place to go for breakfast: For a "big" breakfast, Michael D's, or Rustler's Roost if we're in Hayden (love iced "Market Spice" tea). For something lighter, Bakery by the Lake is great (either location).

2. Favorite place to grab a sandwich for lunch: Lately I'm liking the Club (at Caruso's). Of course make sure you order the 1/2 sandwich, not the full/whole loaf of bread version

3. Best Mexican restaurant: Mexican Food Factory. Lisa and I love it, and the kids love it too. The danger for us is that it's only about 4 blocks from the house. Luckily for us Danny & co. take the weekends off

Tangent/Too much information: In general, Mexican food is a weird category for me: I grew up in west Texas, and my parents are from New Mexico, and I finally figured out after living in California for a couple of years (during the "dot com" era) that what I considered Mexican food isn't the same as most other folks. I want a lot more green and red chile, with actual heat to it. On this front, I've discovered that Pilgrim's carries the "Hatch" brand of products, which come from southern New Mexico, and that's gone a long way toward improving what I can make at home (whoa, green chiles with actual heat to them)

4. Best Chinese restaurant: Hmm. Chinese. We don't really go to any of the Chinese places in town (sorry local business people!). Maybe we should try a couple of them again sometime, but we'd never found anyplace that we really liked. I guess the closest we come to Chinese would be something like Noodle Express, which we visit quite a bit (kid friendly menu!!!), and we've also been loving Teriyaki Tiki, which is pretty close to the house, and really good.

5. Best place to get sushi: Syringa. I'm actually not a fish eater, but Viljo's got several other great choices on the menu, and the staff always takes such great care of us...
(although I guess this is my chance to say: "bring back the twice cooked pork, Mr. Basso!"

6. Best fast food joint: My favorite fast food joint is Chipotle, but unfortunately (and fortunately at the same time) the closest one of those is in Issaquah. Locally, my son is partial to the shakes at Sonic, so I'll go with that.

7. Most frequented bar or nightclub: The Moon Time, although for food rather than drinking/music. After that, The Iron Horse or The Moose Market (depending on where friends' bands are playing that night).

8. Someone offers to buy you a drink. What do you order? A diet soda - Not really a drinker. (I don't drink coffee either, which is kind of a mortal sin around here, I know)

9. If you were a flavor of ice cream, what flavor would you be and why? Probably Ben & Jerry's "Chubby Hubby", but I aspire to be Häagen-Dazs "Five" Vanilla Bean someday - only contains 5 simple ingredients, simple and easily understood by the common man.
Posted by Patrick Jacobs at 1:08 PM