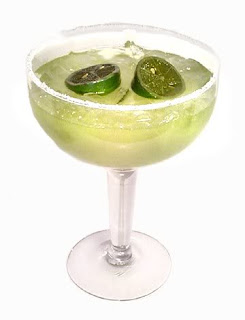 "I had a dream last night that I drank the largest Margarita in Texas. When I woke up, there was salt on the toilet lid and rim. Sure, it sounds gross, but at least now I have an explanation for the blue tongue." — P. Salyer.

We required a place that served both Mexican Food and adult refreshments, and Las Palmitas just happened to be nearby. Honestly, I've never been overly impressed by the food there, and I hadn't even wandered in since a terrible, slow waitress basically ruined the place for me a few years ago. Still, I'm almost always willing to give a place a second (or third) chance if I'm hungry enough at the time.

A friend and I wanted to celebrate her new job and as the clock struck four, we decided the time was nigh for blended margaritas. We sashayed our way into the lounge area and took a seat in some rickety, raw leather-enshrouded chairs that looked like they were put together by an obscure tribe of Native Americans several hundred years ago. Well, the mid-1970s at very least. The place was empty save for a table of tipsy fifty-somethings who looked like they were recovering from a bad day at the mortgage office, yammering loudly about co-workers and clients and playing pool. The TV was blaring a soccer game in Spanish to which no-one was paying attention save for the bartender. It was totally annoying but perhaps it did lend a slight touch of authenticity to the room.

In the 80's and 90's, when this former railroad building was the 3rd Street Cantina it was actually quite impressive. It almost seemed like a theme park when I was young, with the bamboo dining cabanas and elaborate displays of fake wild animals in fake natural habitats in rooms plush with white fake fur and floor-to-ceiling mirrors. Very kitschy but classy, at least at the time. It was the kind of place we went to impress relatives from out-of-town, and the food back then was legendary.

When the Las Palmitas people took over sometime in the late 90s, they didn't really change a thing, and maybe that's the problem. The once majestic displays and dining huts now seem dated and dingy, coated in years’ worth of dust. It's somewhat disconcerting to visit a place that once held such childhood wonder, which now has fallen into a state of tragic disrepair. 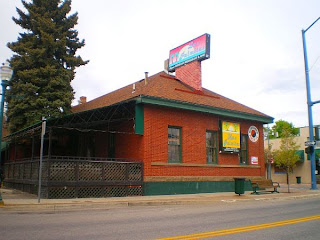 Our margaritas were just fine, simultaneously sour and sweet, a bit of a kick, a salty rim. However, they were only just fine, certainly nothing to write dear old Aunt Mildred about. The second one was slightly better and the third one was the definitely best - we both boisterously agreed on this fact. Problem was, we managed to put down almost two each before a waiter finally showed up to take our order, it must have been maybe 25 minutes. Fortunately, we were so busy catching up and gossiping that we didn't really care, but my hungry tummy kept wondering if we were ever going to have our order taken.

We both decided that we wanted Nachos and debated just splitting a platter, but she wanted the Regular Nachos and I wanted to splurge on the Super Nachos so we got separate orders. Maybe it was the tequila flow, but somehow the menu didn't make clear to us that the only difference between the two was that the Super Nachos came with Pico de Gallo and cost about a dollar more. Somewhat humorously, my friend had ordered her Regular Nachos with a side of Pico de Gallo, for which she wasn't charged anything extra at all.
So, when our Nachos arrived, our platters were identical but with my Pico de Gallo poured on top and hers on the side. So basically, I paid a dollar more to have the cook dump the stuff across my plate. I could have made a stink about this fact, but the effect of the margaritas actually made it seem pretty hilarious, and I decided it was worth a buck for entertainment value. 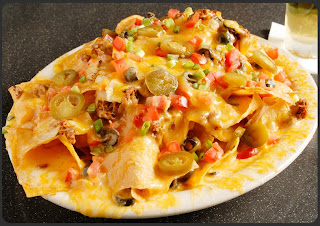 Unfortunately, the Nachos themselves weren't so great. The cheese was nice and melty at first, but grew cold and congealed within moments of arrival. The ground beef was way too saucy and tasted like it was spiced from a packet made by Western Family. The meat grease and the gloppy refried beans caused the chips underneath to become insta-soggy. In fact, I had to begin using a fork after just a few bites because it was impossible to find a chip that could actually hold the weight of its contents. The guacamole tasted pretty good, but that's hard to screw up, and the Pico de Gallo was straight-up boring. These nachos weren't so awful that they were inedible, just extremely boring, cold and difficult to eat.

We realized we really should have opted to just split a platter, since neither of us was motivated to finish even half of our Nachos. To-go box? No thanks, we never wanted to look at that stuff again. Next time, we are sticking strictly to the Margaritas.

(Note: If you feel like you're having deja vu all over again while reading this, you are. My planned review didn't quite work out as planned so I kinda rewrote this write-up that had appeared here on the blog but was never published in the actual newspaper. I have it on good authority that the place hasn't gotten any better since this visit.)
Posted by Patrick Jacobs at 8:54 PM

Ugh! Why or why will they not fix this place up? I have more than once had to vear visiting friends and relatives away from the place as we strolled downtown.

You didn't mention the patio. Scary!