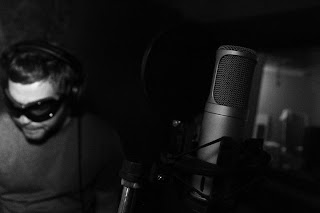 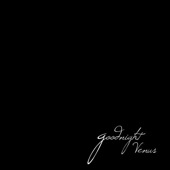 Further Thoughts:  This music falls solidly on the Indie Rock side of the spectrum compared with Schaffer's solo recordings or his work with Moments of Clarity, both of which fuse world music overtones with elements of jazz and ambient rock a la Dead Can Dance. Goodnight Venus could almost be referred to as somewhat of a Coeur d'Alene "supergroup" utilizing the talents of other renowned local music entities such as Kite and electro-percussionist Jesse "Bishnutz" Bishop, who can be beating up plastic buckets and other objects weekly  on Wednesdays at the Iron Horse's Open Jam night. Schaffer and Bishop recently played an improvisational gig at Moontime together and although I wasn't lucky enough to be present, I hear that jaws were hitting the floor at the mind-rattling noises filling the hallowed space.

Pianist Brian Crain's comment on the Goodnight Venus Facebook page is a solidly accurate description: "Janes Addiction meets 'Where the Wild Things Are'". The vocals are deranged in a nice way, warm and approachable, and at times reminding the listener of a more sedate Perry Farrel or the Flaming Lips' Wayne Coyne. The four songs comprising the EP are melodic and loose-bound, occasionally jangly, often spacey and meandering, but also sometimes highly fuzzed up and sharply direct. Several of the songs do seem to have one foot solidly in the '90s, but Goodnight Venus manages to pull together some of the best bits of that decade and their overall approach is firmly in the now. It's an astoundingly solid debut, which is hardly a surprise considering the caliber and creativity of the musicians involved.

While the more traditional Indie Rock action on the EP is fantastic, the band's recent addition of Bishop, who has an affinity toward Dubstep and other recent forms of experimentally rhythmic electronic forms of music, suggests a possible change in approach for Goodnight Venus. The band's future promises to be quite intriguing indeed...

Posted by Patrick Jacobs at 2:59 PM

Top 5 most downloaded and loved songs without much time:

I love music. I always listen to music when I'm going to bed and at work. Music helps me relax and relax. I also installed my favorite song for my cell phone. This is where I usually listen to music and download: https://ringtonedownload.in/

Hope you enjoy it. I think my collection will bring a new look to the world of music. Thank you!