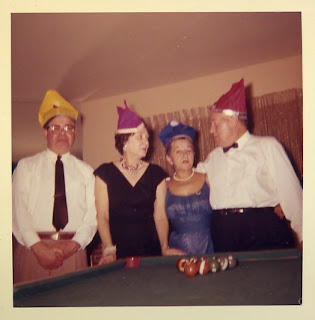 "New Year's Eve, where auld acquaintance be forgot. Unless, of course, those tests come back positive." ~Jay Leno

Fashion wise, different cultures bring in the New Year in a variety of different ways. For example, fancy panties are de rigueur for folks in Brazil, Ecuador, Bolivia, and Venezuela. Red underpants are supposed to bode well for love in the new year, while yellow knickers indicate dreams of money.

Here in North Idaho it doesn’t really matter what color your skivvies are, at least for the most part. It’s what you’re wearing on the outside that’s important and you’ll want to break out your finest ski bunny outfit for New Years Eve at Schweitzer Mountain Ski Resort ($40, 263-9555). After breaking your collarbone on the slopes, head for Taps Lounge for drinks and catch musician Tony Furtado, whom Paste magazine said “mixes bluegrass roots with a mainstream pop streak, easily holding the spotlight, thanks to his restrained virtuosity on acoustic and slide guitar and a warmly engaging voice...” It’s not exactly the Village People, but ought to do the trick.

It can be fun to dress up a bit on New Years Eve, and it’s also best to have food in one’s stomach before breaking out the champagne. You can do both at the Coeur d’Alene Resort ($65, 765-4000), which is throwing one of Coeur d’Alene’s biggest bashes of the night in its convention center. The evening includes dinner and music by Nobody Famous, as well as their famously weak and watery cocktails. No problem, you’ll be at the Resort so you can just slip over to the Shore Lounge and get a big kid drink and dance to DJ Cruz.

Elsewhere in Hagadonia, the Beachouse Restaurant ($40, 664-6464) is serving a full four course meal and according to its advertisement, the cover fee also entitles you to exactly one glass of champagne. Party on, teetotalers. For perhaps a little more bang for your buck, The Coeur d’Alene Inn ($17.95, 762-3200) is hosting a “nostalgic dine and dance” with a Prime Rib dinner and the Ray Stone Swing Band. The former Coeur d’Alene mayor may be 163 years old, but I hear he still knows how to throw a serious be-bop party. 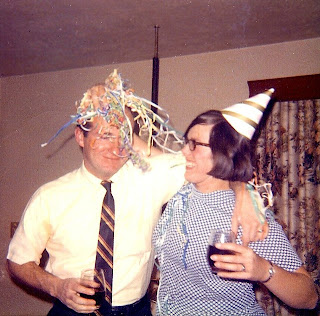 You country music folks will want to step into your best pair of Tony Lamas and point your horse toward Post Falls, where both Big Al’s (777-8312) and the Slab Inn (773-5440) are celebrating New Years Eve with plenty of line dancing and Budweiser. The former has music from County Line, a band whose mainstay is Country but they aren’t afraid to break into a little Journey or Guns-n-Roses now and again. The latter bar is featuring the Copper Mountain Band and “special guest” Jeremy McComb. After the party you can ditch the horse and catch one of Big Al’s free shuttles to one of several nearby hotels.

What do lovers wear on New Years Eve? I’m not sure, but a good place to find out will be Coeur d’Alene’s Wine Cellar ($89 per couple, 664-9463), where ninety bucks will get you and your boo a four course gourmet dinner, some smooth live jazz, and a champagne toast at midnight. Perhaps not quite as romantic, but still known for inducing tingly androgen rushes is the Torch Lounge ($5, 667-3132), where they’re bringing in 2011 with a bounty of bikini babes and a swarm of cocktail waitresses serving mystery shots in test tubes.

Nothing says “party hard” like a good old fashioned toga party, so Mik’s (666-0450) is putting on “a Grecian Affair” with DJ Jason and a best sheet contest that could win you $50. That should be enough to recoup your initial investment at Bed, Bath, and Beyond and still have booze money to spare. No cover charge.

Unless you have a thing for odd looks and a cool, breezy undercarriage, jeans and a nice t-shirt might be more appropriate if you plan on bar hopping around the rest of the downtown Coeur d’Alene loop on New Years Eve. DJ Juice will have both the dance floor and everyone’s behinds shaking long past midnight at the Iron Horse (667-7314). At Baja (667-7676), DJs Brentano and 4Shurtz will provide a hip-hop soundtrack to accompany the consumption of an amazing variety of margarita flavors and endless free chips and salsa. 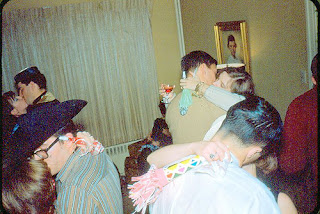 A bit further north, new Food Network star Capone’s (667-4843) will have dozens of local microbrews on tap, along with the Healthy Scratches. No need to bring Neosporin, it’s a danceable cover band which plays (according to Facebook) “Rock-n-Roll/Classic Country/Soul/Alternative/Garage”. What, no Swedish Death Metal?

Lastly, wear whatever you like but bring lots of cash for some gaming at the Coeur d’Alene Casino (800-523-2464) on New Years Eve, where there will be live music by the Groove in the Nighthawk Lounge and an $11,000 drawing at midnight. With that kind of money, you could create your own New Years Eve fashion tradition: big name designers and lots of bling.
Posted by Patrick Jacobs at 5:11 PM

Thanks for the overview it came in handy! Happy new Year!