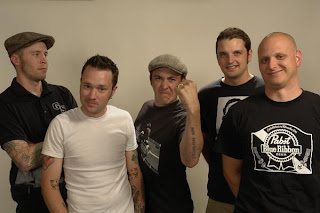 Sounds Like: the ripping of a bedsheet, kind of like the sound of your bowels opening up when one has Ebola Zaire.

News:
An offical release date has been set for February 10th, 2009 for Inland Northwest hardcore punk band Scatterbox's fifth record titled "ENEMIES". The record is set for release as a co-release between Blackhouse Records and Clickpop Records.

The new album, produced by Tom Pfaeffle (Fear Before, Evergreen Terrace, Great White) and Nick Jarvelin (The Hollowpoints) and mixed and mastered by Dave Richards and Paul Turpin (Idiot Pilot, The Trucks) will be available for pre-order in December and will come with a free live CD recorded at the Knitting Factory in Spokane, WA from their recent show with The Misfits.