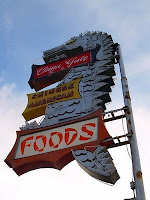 I asked the checkstand girl at Petersons (former IGA) the other morning if she'd heard any dirt on what was going on across Sherman Ave., in the remains of the old China Gate Restaurant, which was badly damaged in a fire last year that killed the 1210 Tavern and the Gamer's Haven. A crew has rebuilt the exterior to resemble a triple-wide mobile home in drab beige and it's fugly as hell, zero personality. She told me she heard it was going to be a "sports bar" and that it would take the entire building. I can't imagine it, since the place seriously looks more like Aunt Edna's Retirement Home than a hip place to hang out. What gives? More importantly, what is the fate of the wonderful old dragon-shaped neon sign that has hung so proudly there for so many aeons? Surely, it deserves to be preserved in a museum.

I've been getting my first reports back about the new MacKenzie River Pizza joint in the old failed Cheesecake place on US95 and word is that it's pretty gosh darn cool. One of Stephanie's house cleaning clients said that "The Athenian" was actually some of the most intense pizza she had encountered in ages, and that the service was good to the point of being over the top cheesy. That's fine, as long as the pizza's over the top cheesy as well. Stephanie and I plan on conducting a thorough investigation as soon as we can get a large enough party together to be able to try several different menu items. She's already got a clutch of her other house cleaning clients on board, so it should be kind of a trip. I'm going to hang up my health plan for the night for this place, and I cannot wait. This boy needs some hot pepperoni. It's been many moons since I was able to indulge in a hot pizza pie and my eyes are moist with dreaminess just thinking about it.


Let's take a dip into the Get Out! mailbag, shall we?

I am a karaoke singer, also. I enjoyed your article on Mik-N-Mack especially about the weirdo lady. What you may not know, is that the hot spot for karaoke is Rusty's in Hayden. Centered between Gov't Way and Hwy 95, and tucked in just next to the new Holiday Inn Express, is a movin' joint. Karaoke is on Wednesday nights 7:00 pm to 11:00 pm. It usually is packed on Wednesdays. If you give me a heads up as to when you will be there, I'll show up as well. Kim Gittel, an old friend owns the place. He has established many neighborhood markets in the area and has become rather wealthy at this.

Could be fun, actually. Bayview Herb and I could sing a duet or two, maybe shoot some Slippery Nipples. He could be the George Jones to my Tammy Wynette. The Paul McCartney to my John Lennon. The Cher to my Sonny. As for the Gittels, they are a fine family and certainly I've contributed to their mighty fortune with my once-frequent purchases of the fantastic and filling 3 for $1.39 hot dog special at their "biggest little store in town". It was 3 for $1.19 not long ago, actually. Inflation, bah! 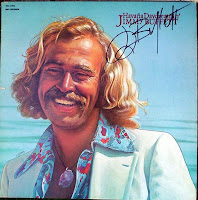 It's no secret that I have great disdain for anything and everything to do with Jimmy Buffett. Bully to the parrots, the beachy latitudes, and the cloying light rock sounds! Karaoke versions of "Margaritaville" have been known to turn me into a violent ashtray-thrower. I'd sooner eat Dung Beetle Supreme than dine at one of his hoaky burger joints. There's something so smug about the cliquey gatherings of aging fans who don painfully tacky hawaiian shirts and jerk arrythmically to Jimmy Buffett tribute acts on the tragic dancefloors of cruise boats and casino lounges. CDA Press columnist and local negative nelly Mary Souza has reprtedly been spotted getting all dance-funky at several of these types of events and the very thought of her doing it, her flaxen hair bobbing to and fro, her tight lips in an upturned grimace, makes my brain burn all dull and hot. If this is your kind of scene, you knock-kneed old yuppie you, you're in luck.

January 31 brings Parrot Fest at Silver Mountain with Rum & Margarita specials, Hawaiian themed food, Hawaiian attire, and of course some anonymous Jimmy Buffett cover band. It'd take a case of rancid Boone's Farm Blue Hawaiian to get me to even think about showing up for that hot mess. 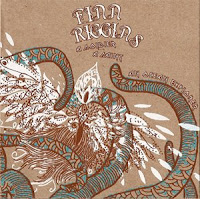 It's understating it a bit to say it's not often that experimental, post-punk, weird and cool acts make appearances in our neck of the woods, especially not in a place like Kellogg, and especially not in a place like Dirty Ernie's bar. Yet, it's actually happening January 31 when Idaho art-rockers Finn Riggins make an appearance there for the post USCSA collegiate ski races party. This band have a neatly original indie-bop sound that's loose and stiff at the same time, like Eno-era Talking Heads with a kicker of Pixies. Instrumentation is thick and unconventional, with angular guitars playing off steel drum riffs, atmospheric synths and gauzy female vocals on tracks like "Pankakes"; "Hraka" rides a rockier, Sonic Youth influenced tsunami of sound.

The trio have been garnering glowing notices recently in national music press and websites such as Impose Magazine who wrote about their performance at the CMJ festival in New York, "the best band of the day was Hailey, Idaho-based Finn Riggins, a guitar, synth and drum combo that plays pulsating, anxious post-punk that has an arrestingly ramshackle quality to it." Show starts at 8 p.m., catch them now so someday you can say you saw them at Dirty Ernie's back before they were huge. To listen and befriend, visit their MySpace page or check out the video for "Glove Compartment" below:


A few more quick notes from the Get Out! inbox:

Dear Get Out!
I enjoy reading about all the places you go to and eat. I unfortunately don't get out to eat much. But there are lots of places I would like to try, thanks to you.

Regarding your last article saying goodbye to burgers, I just wanted to let you know that we raise Tibetan yak and sell our meat at local farmers markets but you can also sample our burgers at Diluna's downtown in Sandpoint or at Pucci's Bar and Grill up on Schweitzer. Yak meat is 95-97% lean, low in saturated fats, high in iron, protein and omega 3's. It is described as beef like but sweeter, not as dry as buffalo, and never gamey tasting.
When you get to Sandpoint I hope you will try one out.

Thanks, Christine. Now that I know it's okay for my diet, I'll have to stock up on some yak next time I happen to find myself in Pack River. I'm actually quite curious to give it a taste. And DiLuna's is on my short list to review anyway, so I'll be sure to give the yak burger a whirl. Thanks for the odd but very useful tip.

And finally, I totally LOLed when I got this succinct message from my doctor after I mentioned him in Get Out! a few weeks back...

What exactly is it that you like more about the Office Burger than my office? I hope next time we can make your visit here almost as good as it is!