So. I haven't really been out to eat much lately, and I don't have an actual review in me at the moment, so I thought I would scour the menus of North Idaho and start a new blog series: "North Idaho's Most Interesting...". You can say the ellipsis out loud if you'd like, "dot dot dot". Let's start with salads. Join me, shall you?

Salad bars have been slowly going the way of the dodo for several decades now, but don't tell that to the kids at Dockside (CdA Resort). $10.99 really isn't a bad tab for 18 feet of pure salad bar excitement. Their website has this teaser of a tidbit: "We use fresh and organic ingredients for our 'From Scratch' salads, a large selection of dressings and 'Follow the Harvest' seasonal ingredients from our local farmers."

It's true, I used to work in the resort garage and random hippies would come through all the time with smelly broke-down Toyota trucks full of fresh-picked fruits and veggies. It's not like me to endorse anything Hagadone related, at least dining-wise, bit as a salad bar fan, I will put it out there that Dockside's salad bar is the only reason to visit the resort. Besides the cool new aquariums.

Cafe Carambola (610 Hubbard St/Harbor Plaza, Coeur d'Alene) is always an unusual and charming (and crowded) place to have lunch. Their take on "Nuevo Latin Fusion" includes primarily tortas and wraps, but they always have gorgeous fresh ensaladas hanging out in their deli case. One notable entry here is their Poblano, Orange, and Black Bean Salad ($5.99 half / $9.49 whole), which is like a hit of sweet sunshine even on a crappy rainy fall day. Carambola tosses together sweet orange with black beans, poblano pepper, spanish onion and tomato and spikes the whole thing with cumin-citrus marinade. Viva el verano!

Also from the Department of Weird But Delicious is Carambola's Incan Quinoa Salad ($5.99 half / $10.49 whole). It has a tangy tomatillo-herb dressing over quinoa and kañiwa, sweet corn, radishes, cucumber, queso fresco. Quinoa and Kañiwa sounds like the headliner performers at a Colombian drag queen show, and I had to use the Google to figure out what kañiwa even was ("a remarkably nutritious grain of the high Andes that has been described as helping to “sustain untold generations of Indians”). Huh. Trippy.

Lake Pend Oreille is gorgeous any time of year, but summertime in Sandpoint is perfect for lounging around on a spacious deck, nibbling on food and drinking a specialty cocktail or two (or nine), and gazing out across the water.  Trinity at City Beach (58 Bridge St., Sandpoint) is a long-time local favorite for this type of activity, and along with many other gastric treats, they offer a fabulous Seared Scallop Salad ($15) Fifteen bucks is a little on the spendy side of a salad, but this ain't your usual plate of lettuce with Hidden Valley Ranch slathered across it. Jumbo scallops are seared to a golden brown and are splayed on a bed of mixed greens, tossed with strawberries and doused in honey-lime vinaigrette. Seafood and strawberries, who'd have thunk it? 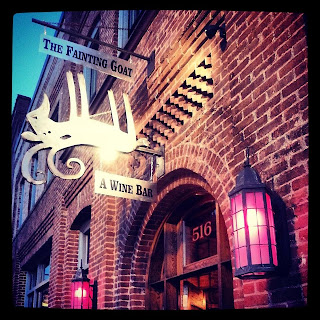 Both farm animals and human beings are practically passing out over the fabulous Spinach Salad ($9) at Fainting Goat Wine Bar (516 Bank St.,Wallace). Some folks blanche at the idea of spinach, but this line-up will turn you into a regular Popeye the Sailor Man with fresh spinach leaves, caramelized walnuts, manchego, pear, charred shallot, pancetta vinaigrette.

Yes, I had no idea what manchego was either, but good old Google tells me it's a cheese made in the La Mancha region of Spain from the milk of sheep of the Manchega breed. In other words, don't expect to see it in the deli case at Peterson's Family Foods.

I can't get the new Britney Spears single out of my head this week, so it's natural that the next restaurant would invoke one of the pop queen's masterfully poetic verses: "You wanna live fancy/Live in a big mansion/Party in France/You better work bitch!" Hate to break it to you, Brit Brit, but we can party French style right here in North Idaho at Fleur de Sel (4365 Inverness Dr, Post Falls) and it's not going to take too much work to be able to afford their extra fancy Smoked Trout Salad (only $9)

Get this jazz: this salad is listed as featuring a 61° organic egg. 61°! I was unaware of the idea that a 61° organic egg is the perfect organic egg and a 59°oraganic egg or a 62° organic egg simply will not do, hunty. The rest of the line-up for this salad goes like this: Bob’s smoked Idaho red ruby trout from fisherman market in CdA, Belgian endives, greens, candied walnuts, lemon vinaigrette, Szechuan peppercorn. And then there's this disclaimer: "when available we will substitute the endives and greens by the salad of the moment from Gary’s garden in Sagle". Okay, so we know that this salad involves at least two industrious men (Bob and Gary) and international escapades to Europe and Asia. Amazing. Sounds like it does indeed take a lot of work, bitch. 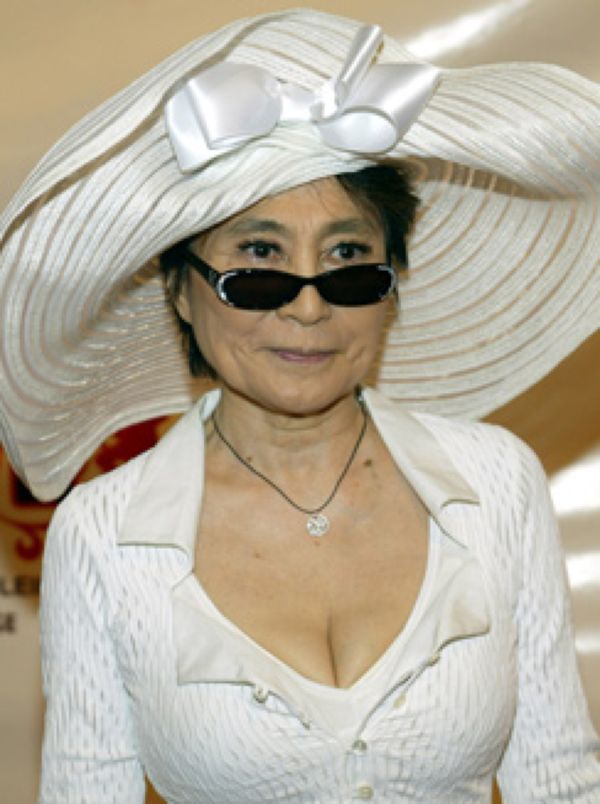 Goat cheese isn't the thing for everyone, but I love it, I love it, I love it. The wonderful Moontime (1602 E Sherman Ave, Coeur d'Alene) features a delectable Lemon Vinaigrette Salad ($8.50 Half salad $5.50). Goat cheese, red onions, roasted beets, toasted walnuts, spiced pumpkin seeds and spinach tossed in a lemon vinaigrette. I'll have extra got cheese please, and while your at it, I'll have some extra roasted beets and toasted walnuts. And can I get some extra red onions and spiced pumpkin seeds as well. Heck, I guess I'll just order two of these suckers.

When I saw the Blackened Ono Salad  ($15.99) listed on the Crickets (424 E Sherman Ave, Coeur d'Alene) menu, I recoiled with horror: "Oh my god, what have they done to my poor Yoko?!?" But no, Ono is a type of game fish also known as Wahoo (according to Yahoo, naturally). This sort of actually boring salad includes romaine, gorgonzola, dried cranberries, candied walnuts, rasp vinagrette, topped with Yoko Ono and apple slaw. By the way, I want to take a moment to address all the Yoko haters: she DID NOT break up the Beatles (Paul basically did, look it up), and she is a completely valid visual and musical artist with nearly a dozen number one hits on the Billboard dance music charts (I'm not lying, look it up). So there.

Thai Bamboo (2010 N 4th St, Coeur d'Alene) has what they claim is "the most popular salad in Thailand". This is a salad that gets a lot of dates if you know what I mean (wink wink nudge nudge). Her name is Som Tum and she could be all yours (for half an hour at least) for only $9.99. She may be a cheap ho, but she ain't trashy - this salad has green papaya, thai chili, fresh garlic, green beans, fresh garlic, green beans, tomatoes,  and peanuts mixed together in lime juice, served with fresh vegetables. She may be popular, but she's basically a simple girl, raised on a pastoral farm near UdonThani. She was always a little spicy, and certainly very fresh, and her mama tried to tell her not to move to the big city and get involved with the mafia in Phuket, but she was driven to share her special "gifts" with the world and there was nothing her tearful mama could do.

Speaking of Thai-ness, to wrap this whole mess up, here's a salad that I have had several times and really, really dig.  Capone's (various locations) Thai Chicken Salad ($10) is something you wouldn't expect me to order off a menu that is soaked with the grease of delicious pizzas and burgers, but every now and then you gotta take it light and easy. It's mixed greens in garlic ginger dressing, chicken breast tossed in spicy Thai peanut sauce, topped with carrots, sesame seeds, fresh cilantro, chow mein noodles, and peanuts, served with focaccia. Yeah, the focaccia is a bit of a throw off, but Capone's likes to break the rules so why not mix Thai with Italian? Anyway, the bread is dank, and the garlic ginger dressing on the salad is somehow rich and refreshing at the same time. When I am craving a salad (yes, it has been known to happen on occasion, this is my go-to situation).

Happy salad-ing and if you have a favorite local salad you have a fetish for, feel free to leave your story in the comments below.

Posted by Patrick Jacobs at 5:24 PM