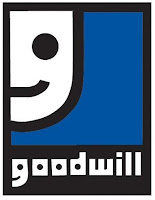 In the last ten years, the Post Falls area has seen an amazing burst of growth, doubling from a mere suburb into a super-mega-suburb. Some have said that while it certainly is a fine and beautiful town, it basically lacks a gimmick, a solid pawn in the local tourist game like a cutesy, walkable shopping district where I-90 travelers can park their Airstream campers and stretch their chubby little legs before retiring to the dreamland of the Wal-Mart parking lot.

It seems that rumored plans for construction of a downtown business and dining plaza fizzled out when the economic boom said bye-bye and stomped out of town, over the forested hilltops. Everyone is struggling to even put tequila on the dinner table, let alone part with enough dollars to go toward building a new Pottery Barn outlet.

So how can Post Falls create a unique identity to generate some positive cash flow and help locals make their paychecks stretch at the same time? Three words: Thrift Store Mecca. There are nearly a dozen charity and second hand stores within a two mile stretch, and they all ought to consider joining forces in a clever marketing campaign to promote the idea of Post Falls, Thrift City USA. You know, design an eye catching logo, print up brochures and tank tops, call KHQ’s Cindy De Hoog and arrange for a flashy TV news segment.

Our tour starts on the west end of town at one of the city’s newer bargain emporiums, the descriptively named Post Falls Thrift & Consignment (414 W. Seltice Way). Every purchase here benefits TESH, so come stock up on VHS aerobic videos, New Age sermons on

cassette, and George Foreman grills. Unlike most thrift dens, this one also sells a smattering of new, artsy-craftsy items including jewelry and handmade rugs.

Next is an old favorite, the St Vincent De Paul Books & More Store (201 W. Seltice Way). Open since 1993, they still have one of the largest and most organized selections of used books and records in the area. Fans of the music of Debby Boone or the Mantovani Orchestra are in luck; their oeuvres are available here in multiple formats. St. Vinny’s also has a ton of home furnishings and kid’s clothes so there’s no need to spend a fortune recovering from damages incurred during a toddler’s grape kool-aid hissy-fit.

My best finds at the Post Falls Goodwill (317 E. Seltice Way) have been a couple of framed Andy Warhol prints and a used-once silver Krupps coffee machine. It isn’t a huge store, but the management seems to have a keen eye for quality control and their shelves are refreshingly trash-free. Next door in the same building is the newly opened Idaho Youth Ranch Thrift Store, their 27th shop in the state. I’ve yet to validate this one, but I’m hoping to have the same luck locating semi-recent semi-fashionable men’s clothes as I’ve had at their Coeur d’Alene branch.

A few blocks down the way is the behemoth marketplace known as My Favorite Things, (503 E. Seltice Way) which is actually a “vendor mall”, a more alluring word for “ extra fancy flea market”. With over 20 dealers in 8,000 square feet, the thousands of items range from antiques to tools, shabby chic décor to racks of DVD movies, it’s a good place to take a pit stop and fuel up on free cookies and hot chocolate while strolling through the always-intriguing maze of insanity.

I recently dropped into the Hospice Thrift Shop (also 503 E. Seltice Way) to kill some time amidst their towering stacks of things, and I was practically begged by one of the volunteer staff to exhume an old, obsolete computer printer from their technology graveyard. “Any one you like, three dollars,” he said, but I told him the sad truth, that I had two in storage already. However, I did end up the proud owner of a fuzzy, tiger-print desk lamp.

It’s worth detouring off the main drag to the Senior Center Thrift Shop (1211 E. 3rd Ave.), where I once chanced upon a knee-length white fake-fur coat. Although I was frequently mistaken for a polar bear, I sported it proudly until an old roommate decided it was the perfect thing to wear to a Spokane drag queen bar, where it was naturally stolen in seconds flat.

Our final stop is another strip mall (1600 E. Seltice Way), home to both the Kootenai Humane Society and Real Life Ministries thrift stores. The former was nearly empty last year upon opening, but is now overflowing with must-owns. Highlights include a huge kitchen area filled with curiosities that vanished from the market ten minutes after they were rolled out, and walls displaying artworks from motel rooms lost in time and space.

I’m actually attending an “ugly sweater contest” in a few weeks, and the Real Life store is definitely where I’ll be headed to pick out a doozy, preferably something interwoven with multicolored gems and a felt silhouette of a reindeer.
Posted by Patrick Jacobs at 12:00 AM

Suggesting that PF becomes a Thrift Store Mecca is going to cause some uppity heads to explode over at the Jacklin Arts Center.

I have never even heard of "My Favorite Things" - I used to love flea markets and swap meets when I lived in a land far away. You've piqued my curiosity so I've gotta go check it out! Thanks!

Great Information, i really appreicate your efforts taken for the same to share it with all.