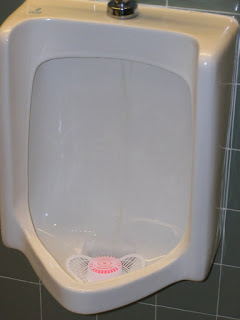 "Statistics suggest that when customers complain, business owners and managers ought to get excited about it. The complaining customer represents a huge opportunity for more business." ~Zig Ziglar

An eatery can throw bales of money toward fancy décor, high-gloss gourmet menus and endless advertisements, but word-of-mouth has always been the great equalizer, capable of making or breaking a restaurant. These days, consumer opinion is proliferating probably more than ever in the form of amateur reviews written by Joe and Jane Average and posted on websites like Trip Advisor, Yelp, and Virtual Tourist.

I’ve put up several posts highlighting some of the most entertainingly bad reviews I could locate on the internet and everyone seemed to think they were fairly amusing. That is, except for one anonymous restaurant owner who complained “I found some of the so called ‘reviews’ that you picked downright mean and with way to strong of words to be picked for posting,” and went on to ask, “Can't you do something a bit more positive? For every restaurant you listed a bad post I am sure that you could find a good one too.”

Initially, I found that last idea to be terribly dull, but for the sake of fairness, and to avoid dirty looks from angry café owners I may happen to run into at the grocery store, I will counterbalance a few of my favorite rotten reviews with positive ones. However, I must issue this disclaimer: I did not hold the poison pen that wrote these things, I’m merely making light of them in hopes that the staff and management of the establishments mentioned might reflect on these and any other unsolicited web-based opinions and perhaps use them constructively.

After dining at the Beachouse, Mike B. wrote on Yelp, “…amazingly it smells the same as Cedars, like the inside of a men's restroom, only the Beachouse also smelled like fish.” I’m not sure why a fish odor should be unsettling in a seafood joint, or why it was necessary to drag another restaurant through his venom, but perhaps they both ought to look into a new brand of urinal cake. He wasn’t a complete Negative Nelly; he did also mention that The Beer Can Chicken was agreeable and that they quite enjoyed the view.

On the same site, Cedars received kind words from Ramon G., who posted “Great service, good seafood and tasty desserts with local ingredients. Mom liked it so I guess that was all that counted!” However, not even Mom would be thrilled with Tessa Y.’s report that “We all ordered cocktails from the list which had no prices, thinking they would be $5 - $10 but oh no, we found out when the bill came they were $17 to $20.” Indeed, that would pay for nearly an entire week’s worth of vodka crans at my local haunt.

Personally, Caruso’s is one of my favorite delis in town, but not so for John, who didn’t mince words on MyTravelGuide.com, ranting “Got so sick I missed my meetings for 2 days…the meat was rotten and the beer was flat. The employees were very rude.” I think the truth lies much closer to Andrew G.’s brief review on Yelp. “Sure beats a Subway franchise! These are really great sandwiches on fresh baked bread...” Maybe John should thank Caruso’s for getting him out of those boring meetings and allowing him to spend a few days on the couch watching “Bewitched” reruns instead. 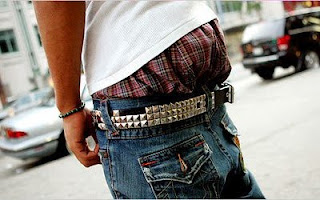 “The waiter was wearing big old baggy shorts with his underwear hanging out, his fly was half unzipped, grungy shoes with no socks, and carried his order book down the back of his pants. Blech,” said Karol221 of the Iron Horse on Virtual Tourist, but he didn’t bother to mention the actual food, which caused paulyjoyce to rave on Trip Advisor. “I had the T-Bone Steak. It was cooked just the way I wanted it, great taste, tender! The soup was Tomato Basil Gorgonzola. So yummy, not one complaint.” The sentiment was echoed by boomer616, who succinctly opined, “Nice and clean, no frills, comfy, friendly staff, good service.”

Not even a sacred cow (forgive the pun) like Hudson’s Hamburgers is spared by one Mark B. who kvetched about the “high prices for a simple burger without fries. Don't even think of asking for a shake.” Yelp terrorist Mike B. piped up again on this subject, asserting that Hudson’s only appeals to “locals that want to tick off out-of-towners by getting them to stand in line and then experience total mediocrity”, and suggests going “where you can have such luxuries as fresh grill onions, mushrooms, a slice of pineapple, or just regular ketchup!”

Clearly, these two don’t have a clue about the sublime charm and simplicity of the century-old burger mecca. Sarah F. on Yelp gets it. “A CDA institution that completely lives up to the hype,” she gushes. “Tasty good, greasy, basic burgers, prepared before your very eyes by third generation owner/operator/cooks. Get your cheeseburger then order your next one. Go early or be prepared to wait in line for a place at the counter, which is totally worth it just to watch the pickle slicing skills in action.”
Posted by Patrick Jacobs at 12:39 AM