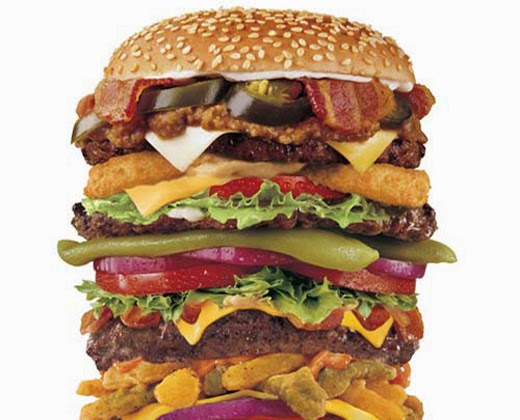 Having recently indulged in a bit of Schmidty's love (see full review), now seems like as good a time as any to pop out a list delving into that most gorgeous and versatile of American culinary staples, the burger. From a Mickey D's lowly atomic hockey puck to a $38 gourmet specimen made with beef from cows that were hand massaged by naked and sweaty Japanese men and sprinkled with white truffles, we carnivores simply cannot resist the savory flavor of a hamburger patty piled with various random other accouterments and stuck in a bun.

As you may have already gathered, there are plenty of unique and noteworthy burgers to be found right up here in ye olde Idaho panhandle. By the way, I'm skipping over a popular 107-year-old downtown CdA burger joint. Too obvious, and while beloved and delicious (especially with gobs of that spicy ketchup and mustard), just kinda basic.

Cut to five blocks east from that particular establishment and sashay into Scratch (501 Sherman Ave, CdA) for a Snake River Farms Kobe Burger, eight hefty ounces of tender, fatty beef. At $16, it also comes with the heftiest price tag of any burger I could find in the area. The fancy doesn't stop with the meat. Balsamic onions, goat cheese, marinated tomato, and baby spinach also make an appearance between this one's buns. Shoot, that almost sounds healthy or something. If I'm going to plop down that much cash for burger, I want something that's going to make me reach for the Lipitor.

Like the music of Tom Waits, Gouda cheese is kind of an acquired taste, and I've got a lot of love for both. A nice Gouda can emit an odor reminiscent of an unwashed sock that's been through a hardcore workout or two, if you know what I mean. Once you make it past that particular pungency barrier, it has a rich, nutty flavor that likely serves as a perfect compliment to the sauteed onions, bacon, and spicy BBQ sauce it joins on the Gouda Ciabatta Burger served at MickDuff's Brewing Co. (312 North First Ave, Sandpoint). Ah, yes. Umami overload alert!

Nosworthy's Hall of Fame (4045 N Govt Way CdA) features the pork-a-riffic Sluggo Burger decribed on their menu as "piled high with ham & bacon. Clugston's favorite - formerly known as the Miss Piggy" ($10.50). I don't know who this Clugston fellow is, but I have a feeling Miss Piggy wouldn't be too happy about the rename, and if he has anything to do with that decision, he ought to be expecting a "Hi-ya" karate chop to the knees. But looking at this photo of the beast itself, with its healthy pile of delicious pork products, maybe she should just be thankful she's not involved anymore.

I remember one hazy summer evening when I was about 8 years old and my grandmother, hearing sirens and spotting smoke in the sky coming from the general downtown area, dragged me by the hand to the corner of 4th & Sherman where a large crowd was already gathered. Disaster! Our favorite store Woolworth's was a blazing inferno, all our comforting retail memories going up in clouds of smoke into the sky before our very eyes. The remaining rubble was eventually razed and replaced by a tiny park.

For some reason or another, the Corner Cafe in Post Falls (203 E Seltice Way) has a burger named after this long-ago incident. The Woolworth Fire Burger is a 1/3 pound burger, topped with onion straws, pepper jack, jalapenos, with pickle, lettuce, and tomato, and mayo ($8.59). So it has a few jalapenos and some wussy-ass pepper jack thrown on it. That heat could never match the actual Woolworth fire heat that melted all the 45 RPM records and turned all the magazines and comic books into ash. No, I'm sure makes for quite a tasty meal.

For you smarty pants that don't indulge in the sweet pink flesh of dead animals, Trinity at City Beach (58 Bridge St, Sandpoint) has you covered with their Root Vegetable Burger. Seven kinds of roots, walnuts and spices, breaded and fried on a fresh toasted Kaiser roll with jalapeno mayo, pickled red onions, spinach and Gouda cheese. ($10.50) Is Gouda cheese a happening trend? Anyway, this sounds delicious even for bloodthirsty creature eaters like myself.

Another menu item at Trinity that has my teeth juices flowing is the Popper Burger, described as an "all beef patty grilled & topped with sliced fresh jalapenos, cream cheese, cilantro, fresh squeezed lime juice and honey chipotle mayo on a toasted burger bun." ($11) Oh no they better don't! With this masterstroke of genius, they've managed to combine two of my favorite guilty pleasures: a fat ass burger and the always addictive jalapeno popper. I'm even willing to forgive their use of 2007's old buzzword "chipotle" and wrap my tongue around this burger anytime.

I've yet to actually visit Penny's Pit Pub & Lounge (14319 Hwy 53, Rathdrum), but following them on facebook is like a parade of amazingly creative, gigantic burgers that make me want to gas up and head up north to Rathdrumville. Most notable (for sheer size at least) is The Gosman ($12.59). This burger was apparently masterminded by a brilliant customer by that name. I was so impressed my this creation that I tried facebook stalking this Gosman guy to tell him he deserves the Nobel Peace Prize for Burger Insanity, but alas I couldn't find him.

I mean, look at it! Double patties, double bacon, fried egg, onion rings, fire buffalo sauce, bleu cheese dressing, jalapeno, handful of fries, double pepper jack cheese, and Penny's house sauce. How do they expect anyone besides a water buffalo to even begin taking a bite of that beautiful pile of calories? I will need a knife, fork, small shovel, 31 napkins, and several take out boxes, but damn it, finishing a Gosman burger is high on my bucket list and I know I can do it!

Wallace's Fainting Goat (316 Bank St) puts a twist into the boring old basic burger scene by venturing outside of the beef realm and into the elk. Personally, I've always been a bit standoffish about wild game meats. Gamey tastes turn me off and also, I'm still suffering from the childhood trauma of dealing with poor Bambi's Mom, taken out brutally by an off-screen hunter for the sake of what? To be served with a side of brussel sprouts and Rice-a-Roni? Not right.

Anyway, I'd be willing to face my fears and try out Fainting Goat's Elk Sliders - 3 sliders served on homemade steak rolls with sweet & spicy tomato jam and baby arugula ($11). I had to Google "steak rolls" (sort of fatter, flatter hot dog buns), and the tomato jam sounds just piquant enough to cover any suspicious gaminess. Very sorry, Bambi's Mom (did she even have a name?). I think your mystery hunter might be winning me over after all.

Michael D's (203 CdA Lake Dr, CdA) is known primarily for their ultra dank breakfast platters (three cheers for the Honnell Special!), but they do remain open until 2 pm and they've got some terrific lunch items on the menu as well. I've enjoyed several of their burgers, and they do them well, but there's one that makes my eyebrows twitch and go true north on my face.

The Marsala Burger carries this explanation: "Smothered in mushrooms marinated with Marsala wine and creamy American cheese" ($11.50). Mmmkay. I love mushrooms and in certain contexts I love American cheese and I most certainly LOVE Marsala wine. But I'm having a hard time with the idea of putting these particular flavor profiles together with a burger on a bun.

Wine and cheese are great together but pairing the oak-y booze taste of Marsala with the artificially creamy taste of plastic-wrapped orange slices of cheese just makes my mind blip a little. Maybe it's some of that frou-frou fancy American cheese (it must exist).Here's a case of -try-it-and-see, which I will do sometime, and I expect it to work like anything else Michael D's does, quite fantastically.

I wouldn't want to leave you without giving you a virtual whiff of the stank of pure onion breath. All the way out in East Hope, Sweet Lou's (477272 N Hwy 95) is serving up the AWN-YAWN and hard in the form of it's aptly named Ultimate Onion Burger ($9.99). Ground steak patty with fried onions, pickled onions, and smoked onion ranch with jack cheese. Why stop there? Let's throw on some Jack-n-the-Box onion rings, maybe a few of those pickled baby onions you put in cocktails, some Funyons for crunch, and a bowl of French Onion soup to dip it all in. No, I love onions so to me this is like cake to a chubby kid. Wait, Onion Cake. Let's slap a slice of that on there too.
Posted by Patrick Jacobs at 8:04 PM

Love this page! Can't wait to see what you come up with next:)

Best Burger in our area has to be the, "Cactus Burger" at the Picabu Bistro on Spokane's South Hill.

Also, in St Maries, "Bud's" serves a large, hand formed burger made from Angus from a local Palouse Ranch - to die for!